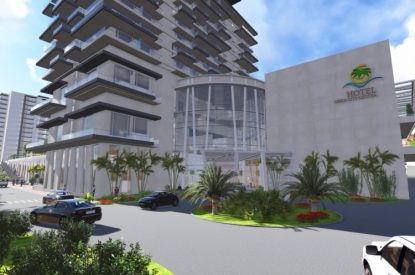 Spanish gaming group EGASA which currently manages the casino Antay in the city of Copiapó, is moving ahead with its project to build the largest casino in Arica the capital of the XV region.

Proposed investment for the project stands at US$100m. According to local press reports the new complex will encompass an area of 2,900 square meters and will house both table games and slot machines. The initiative also includes the first five star hotel in the city, which will have 129 rooms, a convention centre for 1,000 people, a shopping boulevard with 40 shops, a supermarket, two restaurants, bars and a gym.
“It is the largest investment in recent years and the largest in the history of Arica. We are confident of the enormous tourism potential of the region and its close relationship with the neighbouring countries of Peru and Bolivia,” said Project Development Manager, Peter Müffeler.

The casino is expected to become operational in the second half of 2017, while the hotel will be operational by 2018. In the construction phase, the project will provide 500 jobs and 500 permanent positions when it opens for business. The casino will be part of the firms Luckia Casino brand. The Casino Luckia will include 350 slot machines, 12 gaming tables as well as 60 bingo seats.

However, there are some concerns over the fact that it will be located less than 100 metres away from the municipal casino which currently holds one of the 17 casino licenses in the country. This means that the city could be home to two large scale casinos within a short distance from each other.

But the Mayor of Arica, Salvador Urrutia has welcomed the new project saying that two major casinos and so close together could create a mini Las Vegas in Chile. “The new casino will also give part of their profits to all municipalities in the region. Then, if things go well, our commune will have a new inflow of resources that could be higher than it is at present,” said the mayor. “The current casino building is ours and we want a casino to always be there. The fact that there are two casinos is very favourable for Arica as a whole. It’s like Las Vegas, where people play in the casino in the hotel where they are staying but also go to other casinos. If this offer means more tourists come to Arica then it can mean more revenue for the city,” he said.

New rules extend the municipal licenses until December 2017. After this date those municipalities will continue to be a home to a casino for a total of three periods of fifteen years each and licences will be open to tender from the private sector. The Chilean Gaming Control Board (SJC) has officially sanctioned the project after initial plans were approved by the Regional Council in April. A coastal area near the borders of Peru and Bolivia, the city of Arica has a population of just under 200,000 people and is located in the Arica Province of northern Chile’s Arica and Parinacota Region. Arica is permitted to house a casino because of an amendment in Chile’s gaming law which was passed in 2000.