Chile – SJC to award licence for Chillan Casino next week 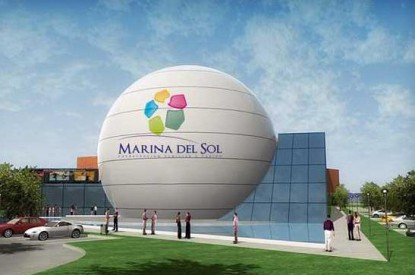 The Deciding Council of the Chilean Gaming Control Board (SJC) will make a final decision next Monday over the licence for the casino in the city of Chillán.

According to reports the panel has been convened to settle the bidding for the vacant license for once and for all when it meets next week. The tender process for the casino in Chillan has now been delayed for over two years as both Argentine –Spanish Boldt Peralada and Chilean-Canadian company Marina del Sol have battled it out over the licence in both the courts and in the Regional Council.

The meeting will be headed by Deputy Finance Minister, Alejandro Micco, who chairs the body. Undersecretary of Regional Development, Ricardo Cifuentes will also be present as will the Undersecretary for Tourism Javiera Montes, the Superintendent of Securities and Insurance, Carlos Pavez and the Mayor of Bío Bío, Rodrigo Diaz. The two directors of the deciding council (who are directly appointed by the President and ratified by the Senate) Luis Bresciani and Rapahel Bergoeing Vela will also be present as will the Head of the SJC Daniel García who will act as Executive Secretary.

The issue should have been resolved in July after the Supreme Court upheld the ruling made by the Concepción Court of Appeals, which in March had decided to reject the appeal filed by Boldt Peralada against the Regional Government of Bio Bio. In November the Regional Council of Bio Bio rejected the proposal put forward by the Boldt-Peralada group for the third time giving its rival Marina del Sol an additional 300 points. The vote was then upheld by the Concepción Court of Appeals one of Chile’s highest courts which declared that the Boldt Peralada projected site for the casino in Chillán was too close to an educational-establishment and violated aspects of Regional Development Strategy.

The resignation of one of the directors of the SJC’s Deciding Council Miguel Zamora forced another postponement as the government was forced to present a new candidate before the Senate and make an urgent request for his replacement. The Senate approved the appointment of Raphael Bergoeing Vela earlier this month.

The Deciding Council will make its decision on the basis of the technical assessment of both projects carried out by the SCJ as well as the assessments carried out by the Municipality of Chillán, the Regional Government of Bio Bio, as well as Chile’s National Tourism Service (SERNATUR) and the Ministry of Interior. Both SERNATUR and the Ministry of the Interior have scored both projects equally but the extra points awarded to Marina del Sol by the Regional Government of Bio Bio gives it a distinct advantage over its competitor.

Once the winner is announced they will have two years in which to build the casino and have it up and running while they will have additional time to complete additional works. Boldt Peralada has offered to invest US$54.1m. If approved the casino will have 400 slot machines, 20 gaming tables and 60 bingo positions and will include a 5 star hotel as well as a wide range of other amenities. Investment for the the Marina del Sol project, meanwhile, would amount to US$56.3m. If Marina del Sol is awarded the licence the casino will house 450 slot machines, 20 gaming tables and a bingo hall with 68 seats. The complex will also, if approved, include a wide range of other amenities including a five star hotel.