China – No new operators is the only certainty in Macau 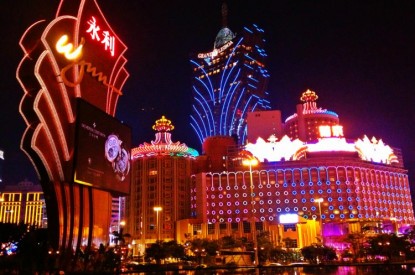 The Macau government does not want any casino licences issued to new operators when the chance arises in six years.

Francis Tam Pak Yuen, Secretary for Economy and Finance, said there ‘should be no increase’ in the number of gaming concessionaires, which is set at six, following the expiry of the current permits in 2020 and 2022.

In a comment sure to provoke a glimmer of concern to those international operators who have invested billions in Macau’s new industry, Mr Tam added: “The government has not determined whether [the gaming concessions] should be renewed for five years. The government has no stance on this matter. But it is impossible for the government to have no stance on all issues. But there should be no increase to the number of gaming operators, which is six now. Regardless of how the contracts are renewed or set up, it is definite the public will have more demands for the operators in the next stage,” Mr. Tam added. “The government will listen to the opinions of the public and propose the same demands for the gaming operators.”

The news means that Caesars, the biggest US casino name not to be involved in Macau, will remain on the side-lines looking in unless it buys one of the companies owning an existing licence. In 2007 Caesars spent US$550m buying a golf course in Macau, hoping to one day use the land to develop a casino on.

Chief Executive Officer Gary Loveman said: “This is a country that doesn’t really need the money and they have slowed everything in Macau very substantially. There will not be another license issued to an American casino operator.”

While no new casino properties are set to open in 2014, Macau will see the opening of eight new resorts over the next three years taking Macau’s total to 43 casinos. This will certainly put a strain on the labour market as currently Macau legislation means only locals can work as dealers. Analysts believe that these new openings will demand 12,600 new dealers, yet only about 700 become available each year.

Many analysts believe that Galaxy Entertainment and Melco Crown Entertainment are best placed to benefit from the continuing development of Cotai Strip, which is expected to more than double Macau’s annual GGR to $115bn, according to Wells Fargo. They will be the first operators to open in this second phase. Las Vegas Sands meanwhile will use up the rest of its acquired land by building its Paris-themed casino.

Standard Chartered’s Philip Tulk said: “Sands has had a great run here with the last property to open. Clearly from the beginning of

next year it is going to get tougher from a competitive standpoint.”

“There is not enough land left anywhere in Cotai to catch up to the number of hotel rooms that Sands China has. I was the visionary. I filled in the swamp and the bay, and was the first company to build there. Galaxy doesn’t have enough land to even equal our Sands Cotai Central, which has 6,000 rooms.”

Alongside the uncertainty over gaming renewals, Macau’s government has also not yet announced how many new table games will be permitted in the next phase of expansion for Cotai.

Francis Lui Yiu Tung, Vice Chairman of Galaxy Entertainment, was not concerned though. He said: “I believe the Macau government is a capable and understandable government. I believe it will strive for a balance and will know how to handle issues like the number of gaming tables. So I am confident that the Macau government will give a reasonable solution. Since the establishment of the Macau SAR, the government has always supported the industry and backed the socio-economic development. When we come to Macau, we see potential in gaming. If you add entertainment with the gaming industry together you can certainly see a super industry.”