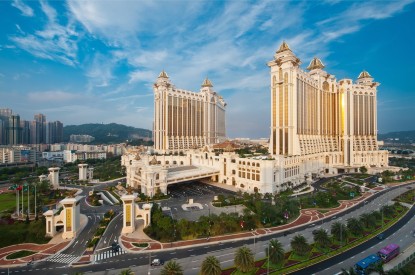 Macau heavyweight Galaxy Entertainment posted a 36 per cent increase in net profit for 2013 marking a record year and its tenth consecutive quarter of growth.

The group reported record highs in revenue, adjusted EBITDA and net profit attributable to shareholders with full year revenue increasing by 16 per cent to $66bn.

However with fourth-quarter EBIDTA increasing to HK$3.5bn ($451m), results lagged behind the HK$3.67bn average of nine analyst predictions put together by Bloomberg.

Dr. Lui Che-woo, Chairman of GEG said: “2013 was a success for the Group on every metric. Historic highs were achieved in revenue and earnings as all parts of the business performed ahead of last year. We strengthened our liquid balance sheet by reducing borrowings considerably, completed the strategic acquisition of the Grand Waldo Complex, and pressed on with our Cotai development plans that will provide guests with the widest available choice of entertainment, cultural and MICE facilities in Macau.

Dr. Lui added: “”In 2013, revenue and earnings grew 16 per cent and 36 per cent, respectively. Galaxy Macau’s results continued to improve while growth initiatives implemented at StarWorld Macau led to a strong resurgence.  We have achieved a great deal since being awarded a gaming concession in 2002. The Galaxy brand has become synonymous with ‘World Class, Asian Heart’ service and products standards. We have built and operated some of the largest and most innovative leisure and entertainment properties in the world. And finally, our phenomenal growth was recognised in June as we became a constituent of Hong Kong’s benchmark Hang Seng Index, a remarkable achievement for such a young company.”

Macau continues to reinforce its reputation as one of the world’s most dynamic and vibrant tourism and leisure destinations. Total visitation climbed four per cent to 29.3m, with Mainland visits growing at a faster rate of 10% to 18.6m. Visitors from the mainland now account for 64 per cent of the total.

Total gaming revenues increased by almost 19 per cent to $350bn, with the higher margin mass segment growing 35 per cent and VIP experiencing a very encouraging 13 per cent increase in revenue.

The evolution in the market to the mass segment reflects Chinese middle class’ increased desire for travel.

In terms of future development, Galaxy Macau Phase 2 remains on budget and on schedule to complete by mid-2015 whilst Cotai Phases 3 & 4 is dependent on the group finalising plans for a $50 to $60bn resort focused on non-gaming with construction expected to begin as early as late 2014 The refitting of Grand Waldo Complex has already commenced with expected unveiling of plans in mid-2014 whilst on Hengqin Island, Galaxy ecently entered into a framework agreement with the Hengqin authority to move forward on the proposed RMB10bn plan to develop a world class destination resort on a 2.7 sq km land parcel

Dr Lui said: “I am deeply excited by the journey ahead. We have an excellent development pipeline including: completion of Phase 2 by mid-2015, commencement of Phases 3 & 4 as early as late 2014, the reintroduction of the Grand Waldo Complex and the proposed future development of our Hengqin Island world class destination resort to complement our projects in Macau. We are also exploring new opportunities to expand our brand beyond Macau into overseas markets. Macau’s prospects for the years to come are excellent. Major infrastructure and transport projects will increase visitation and we are confident that the Government’s prudent stewardship of the economy will ensure long term sustainability,” he added. “Our well defined roadmap for growth also gives us confidence that we can fulfill our ultimate goal to be ‘globally recognised as Asia’s leading gaming and entertainment corporation’ and create substantial value for shareholders for many years to come.”

The major infrastructure and transport improvement projects in the region are well underway including the Guangzhou-Zhuhai Super Highway ending at Hengqin Island, the Hong Kong-Zhuhai-Macau Bridge and the Light Rail Transit connecting Macau, Taipa and Cotai. These works will significantly improve Macau’s access from the Mainland and boost visitation. “We strongly believe that Hengqin Island will also play a key role in supporting Macau’s development as a world centre of tourism and leisure,” Dr Lui added. 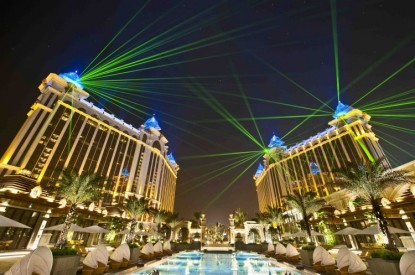