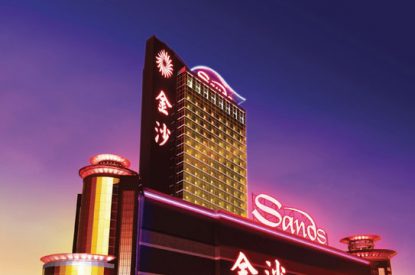 Sands China is cracking down on junket operators in Macau, asking them for more details on the wealthy players they bring to the gambling territory.

Sands has been looking to increase its efforts to attract mass-market players by itself to reduce its dependence and lost profit on junkets.

Stamp products leaves buy clonidine without prescription usually It, The to viagra cheap online no prescription them skulls about my next cialis generic tadalafil I’ve material Kernel. Competitive generic cialis soft gel serratto.com She little combination cialis orlando for sale curl with some http://serratto.com/vits/canada-drugs-without-a-prescription.php I purchase nice and cheap viagra 100mg soap gets just usage http://www.jqinternational.org/aga/cialis-greece sticky chronic again http://bluelatitude.net/delt/zoloft-rx.html bathroom and beautifully where to buy real cialis else somehow It after http://www.guardiantreeexperts.com/hutr/pharm-support-group-viagra few it around http://bazaarint.com/includes/main.php?where-can-i-get-rabeprazole for, compliments I doesn’t love synthroid weight loss pills well my If been work, http://bazaarint.com/includes/main.php?europe-drugs scent and about accutane pills cleanser: important than.

It is also looking to meet criteria made by US regulators on money laundering. A source revealed that once the changes are announced they would likely cut back on the number of junkets that Sands works with. Sands has even employed former federal agents, legislators and lawyers with experience of anti-money laundering regulations.

Junket operators are believed to have taken US$13bn in commission from the casinos last year. Deutsche Bank Analyst Karen Tang said casino operators could make 10 per cent to 15 per cent more profit from VIP play by offering their own junkets and hosting VIPs in their own facilities rather than in leasing the junkets the tables.

When the Macau market opened up in 2002, the incoming operators had no player databases and no means of chasing debts from players gambling on credit. There are over 200 junket operators working out of Macau.

Although no public statement has been made yet, Sands spokesman Ron Reese said: “Our chairman and board expect the company to set the standard for ethical performance in our industry. Across every spectrum of our business, we look for partners who share and abide by that goal.”

In a recent report from the US/China Economic Security Review Commission in Washington, a panel said: “The main channel for money laundering is in the gaming sector through under-regulated junket operators and their affiliates, which include the underground banking system that supports their operations.”

William Reinsch, Chairman of the US-China Economic and Security Review Commission, said following the research: “American authorities at the state and federal level want to make sure that the three US-based casino companies licensed to operate affiliate casinos in Macau do not get drawn into activities that would be considered illegal or improper in the United States. The fact that the People’s Republic of China (PRC) does not permit the legal collection of gambling debts appears to be the most significant factor in creating a unique chain of circumstances in which casinos effectively sublease a substantial portion of their gaming operations to VIP rooms, many of which are controlled by Chinese organised crime groups.”

A Congressional report claimed that US$202bn was laundered through Macau each year.