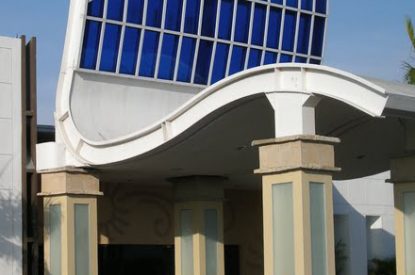 Thunderbird Resorts is opening a new casino located in San Jose Chile. This new Fiesta Casino is under construction and will operate under a long-term lease.

The group stated: “We expect to open by Q2 2014 with approximately 118 slot machines, 28 table positions and 70 food and beverage positions. The casino will implement our “Las Vegas” style casino format in an area where no similar product offering exists. A Panamanian bank will loan the Group’s affiliate approximately US$2.8m to fund the project’s capital requirements including construction and equipment purchases.”

Thunderbird believes the new project will attract mid- to upper-end clients by offering a more entertainment-oriented environment than other gaming facilities in the area. The Group has operated in Costa Rica since 2003 and owns 50% of our businesses there, except for the flagship casino located in the Holiday Inn Express Hotel at the San Jose International Airport of which the Group owns 56 per cent.

The group stated: “This new venue follows our strategy to build the Company in our current markets where we can grow while only adding nominal country management and parent-level expense. This is our second venue to open under this strategy, the first of which was Chinandega in Nicaragua that opened in Q3 2012.”

The move comes despite Thunderbird management recently closing two slot parlour facilities in Costa Rica. These properties opened in 2006 and Thunderbird said that due to a change in market conditions, the properties had become ‘misaligned with the current operating standards of our Fiesta brand, whose primary objective is to provide better financial returns.’

The group stated: “We have also reduced machines in certain ongoing operations. Besides lower revenue from the changed market conditions, the reduction of 290 underperforming gaming positions eliminates the associated fixed monthly gaming tax per gaming position that has been in place since January 2013.”

The Group believes that the net effect to EBITDA of the reduction of these positions will be positive and will provide better and more efficient service to its customers. Management will also be re-deploying the best performing of these slot machines into its new venue in order to reduce its overall cash outlay and improve returns for that new business.