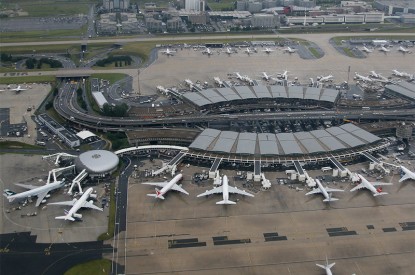 The Mayor of Roissy, a commune in the northeastern suburbs of Paris, wants to be able to launch a tender process to find an operator to open a casino close to the Charles-de-Gaulle airport that serves Paris.

He has filed a petition with the government to give the town the status of being a business tourism resort. This first stage will be followed by a formal request to the Minister of the Interior to allow the construction of a casino in the vicinity of the airport. He has asked for a relaxation of the legislation that currently bans casinos from Paris. Legislation passed in 1907 limits casinos in France to resorts and thermal spas. However since then a few exceptions have come to light, most notably in Lyon and Lille where an amendment has allowed casinos in tourist areas with populations of more than 500,000. A subsequent law approved in 1920 states that no casino can be opened within a 100km radius of Paris. An exception exists of course for Enghien-les-Bains, a casino operated by Groupe Lucien Barrière as the only spa in Ile-de-France, located on the shores of Lake Enghien, 15km outside of the capital. Whilst a casino at Charles-de-Gaulle airport would still be 20km outside of Paris, it would require new legislation.

Whilst there are no casinos in central Paris, card rooms such as the Aviation Club de France and the Cercle Cadet have closed in recent times.

The Mayor André Toulouse said: “In Paris, the card rooms are closing one after the other so when we talk about this casino project and factor in the worlds of economy and hospitality, everyone finds it interesting. We have all these people sleeping [in hotels our region] who have nothing to do at night, for recreation.”

The plan is supported by the urban community Roissy Porte de France, who has been working on the project for several months. The overall project has been termed ZAC South Roissy and would comprise an integrated resort on 45,000m², and would follow the model of casinos in Las Vegas, catering for international hotels customers. The project would also feature 13,000m² of offices, 12,000m² of high-end car dealerships and 10,000 of retail space.

Patrick Renaud, President (UMP) Roissy Porte de France, said: “Regulation can evolve. The law on casinos is a bit dated: today it is possible to play for money at home, directly on the Internet. Lyon had its authorization, Lille also while they are cities that have less hotel rooms than Roissy, which will soon be over 10,000, with luxury facilities. The International Trade Center will attract a real business clientele. There is nothing to do in Roissy.”

Not that this particularly bothers the Mayor of the casino that would be affected most by any new competition. The Mayor of Enghien Philippe Sueur said defiantly: “The law is clear. Roissy cannot have a casino. Of course this would damage us. The sector’s economic potential is not that big and the Ile-de-France cannot absorb ten casinos.”