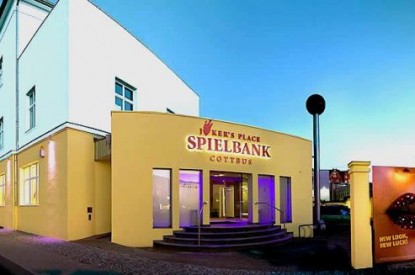 Having invested heavily in its estate of slot machines in 2017, German operator Brandenburgische Spielbanken is beginning 2018 with renewed optimism.

The group, which operates two casinos, one each in the cities of Cottbus and Potsdam, said it had ‘constantly updated our offer of gaming machines as well as multi-roulette and multi-games.’

It has also invested in new seating solutions in the Cottbus casino and a new light installation on the building’s exterior. The company also invested in a new logo with its ‘New Look New Luck’ slogan and into modernising its website.

The group paid a total of €96.7m in casino fees to the state of Brandenburg and with around 100 employees in both locations, the casinos in the region are an attractive employer.

Despite all this though the group’s revenues were down 4.7 per cent year-on-year last year reaching €8.2m in 2017.

The casino group’s Managing Director Anja Bohms said: “We are hoping for more positive developments in the number of visitors with more and more first-time visitors. This shows that we are increasingly perceived as an interesting location for leisure and entertainment in the cities of Cottbus and Potsdam. In a difficult market environment, we have maintained our position with the two state-owned casinos in 2017 and have complied with our task of providing a legal and fair gambling offer. ”
The highlight in Cottbus will be the celebration of its 20th anniversary.