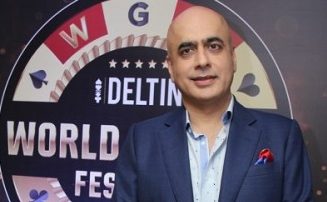 Anil Malani, President of Delta Corp, said: “It gives me immense pleasure to launch The Deltin World Gaming Festival. Our endeavour always has been to bring in international level entertainment and gaming for the connoisseurs in India and for gamers across the world. In the last decade, we have witnessed the rise of gaming in India and gamers from all walks of life have embraced it. In fact, our online platform adda52 is India’s largest online poker website with over 10 lakh registered users. Starting today we are launching a 360 degrees marketing campaign to spread the word on The Deltin World Gaming Festival.”

Commenting on his brand ambassadorship, cinestar Jackie Shroff said: “I have always believed in living my life to the fullest, and thus I readily agreed to be the brand ambassador of a concept which lets people experiences a different world where they leave all their worries aside and enjoy the extravagance at The Deltin World Gaming Festival. It is a once in a lifetime opportunity for everyone and I don’t think anyone can afford to miss it. I can definitely say that the environment during this event will be at its best and the enthusiasm would be at its peak.”

The group reported growth in GGR of 43 per cent whilst profit increased by 94 per cent for the three months to 30 September 2017.

Chairman Jaydev Mody explained: “The results witness a steady growth and show a stellar financial performance. The gaming policy proposed by the state of Goa is expected to bring positive change which will be positive for the industry at large and will offer the required impetus to Delta.”

“Our foray into the online gaming sector has helped in gaining a strong foothold and will further strengthen our leadership position in the gaming and hospitality industry. Online gaming has outstanding potential and has given an to the company to have a diverse clientele across new demographics.