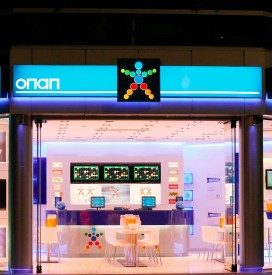 The Greek government has now approved the sale of 33 per cent of its listed betting entity OPAP to the Greek-Czech consortium Emma Delta.

Emma Delta, the only company that came in for OPAP, has agreed to pay €652m with €622m being paid immediately with the remaining 30m being paid in instalments over the next decade.

Emma Delta, fronted by Czech billionaire Jiri Smejc and Greek oil tycoon Dimitris Melissanides, said they were ‘pleased to move forward to the next phase in the purchase process, enabling it to invest in Opap and create a sustainable, well-managed business that will contribute to the revitalisation of the Greek economy.’

It repeated its concerns about the supply chain but said they wouldn’t derail the deal. Mr. Melissanidis said: “OPAP is turning a page.” He added that the deal presented a ‘rich and ambitious portfolio of new opportunities for development and progress.’

Whilst OPAP’s first-quarter profits dropped by 70 per cent to €39m due to a new gaming tax imposed in January with sales falling 18 per cent to €870m, the sale is seen as being pivotal to kick-starting the Greek economy.

Stelios Stavridis, Chairman of Greece’s privatisation agency Taiped, said: “We’re showing determination to go ahead with reforms and privatisation to bring the country back to growth and prosperity.”