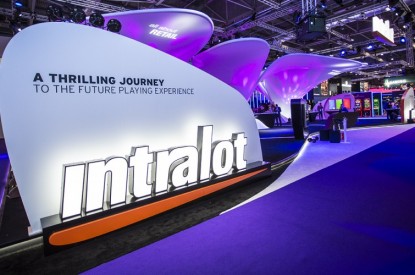 Greek gambling operator Intralot has reported that first half revenue increased by 15.1 per cent compared to the first half of 2016, leading to total revenues for the six month period ending in June 30, 2017, of €733.2m.

Intralot said that the main factors that drove top line performance in Europe, where revenues were up €39.9m were increased sales in Bulgaria (mainly due to Eurobet’s consolidation after July 2016) and Poland, following the recent regulatory changes.

In North and South America revenues were up €29.8m with the increase driven by Jamaican’s top line performance (improved performance of its Numerical games portfolio and the introduction of horse racing following the acquisition of the Caymanas Track), the improved performance in Argentina (Numerical and Sports Betting alike), and the start of INTRALOT’s new contract in Chile which fully counterbalanced the top line deficit from our US operations as a result of last year’s record high Powerball jackpot in 1Q16 and the sale of multi-play self-service lottery terminals in Ohio in 2Q16.

Other regions were up €26.6m primarily driven by Azerbaijan’s strong performance and the sale of a software license right in Australia which fully offset the sales gap from Turkey (vs. last year)

Intralot Group CEO Antonios Kerastaris noted: “Results for the first half of 2017, announced today, make it clear that this year represents a turning point for Intralot’s financial performance. Continued double digit revenue growth and profitability improvements are directly linked to reforms implemented in the previous year and more specifically to our M&A and partnership strategy. Strong local partnerships offer portfolio diversification, local market knowledge, and an asset light structure in addition to economies of scale and new strong revenue streams. Significant progress and strong trust from our clients have registered in mature and very competitive markets such as the United States.
Recent renewals of flagship contracts in Ohio, Arkansas and Vermont secure our operational profitability and income visibility for the next 10 years, developing the US market into our biggest EBITDA contributor. The company’s ability to renew in a competitive market such as the US, on top of its historical renewal track record, creates fresh confidence for the extension of all contracts maturing in the next year. A recent filing for eligibility to float our shares in the Italian Stock Exchange by our local joint venture, Gamenet, also creates the prospects to capture and monetize the value of a key company asset.”

Lottery Games remain the largest contributors to our top line, comprising 43.4 per cent of our revenues, followed by Sports Betting contributing 40.1 per cent to Group turnover. Technology contracts accounted for 10.2 per cent and VLTs represented 2.7 per cent of Group turnover while Racing constituted the 3.6 per cent of total revenues for the first half of 2017.

In 2Q17 Intralot managed to further strengthen its position in the US lottery business through the extension of important contracts such as Ohio, Vermont, and Arkansas. The average contract maturity in US stands at 7.4 years (including extension options), thus securing at least €35.0m of annual EBITDA (2016 figures) until 2025. Intralot expects to convert new contracts in the next months.

In the coming months we are expecting to reap the fruits of last year’s disposals, as part of our “asset-light” strategy and focus on strong local partnerships strategy, evidenced through Gamenet’s filling for an IPO.