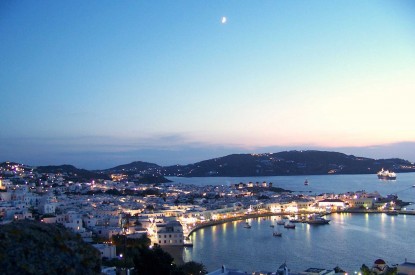 Local authorities on the Greek island of Mykonos have said they will hold a referendum on the potential introduction of a casino licence onto the island.

A draft bill, proposing three new casino licenses for the Greek islands of Mykonos, Crete, and Santorini, will be voted on in Greek Parliament before Christmas. The new laws are expected to come into force on January 1, 2020. It is expected that the Hellenic Gaming Commission will be given greater jurisdiction in licensing and regulating casinos in the country.

The Greek government is hoping the liberalisation of the gaming sector will generate more tax.
As well as the new licences, the existing six casinos will be allowed to relocate, a move the greater Athens area’s only casino, Mont Parnes, a Hyatt Regency-operated casino located at the top of Mont Parnitha has long sought. If approved, the bill would also allow casinos in Thessaloniki, Loutraki, Rio in Patras, Alexandroupolis, in the northeast, and Florina, on the border with Albania and Macedonia to relocate.