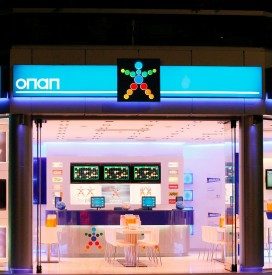 Czech-Greek company Emma Delta, which plans to buy 33 per cent of the Greek state-owned gambling group OPAP for €652m, has said the deal will still go through despite media reports that the privatisation programme could be stalling.

The Greek-government is looking to raise much needed money by selling the stake. Newspaper reports suggested the deal was floundering after Emma Delta said it wanted to renegotiate a previous, uncompleted OPAP-led deal to buy a state lottery licence but owner Jiri Smejc, said the instant-lottery contract could be looked at later. It expects the deal to be concluded in September.

Mr. Smejc was quoted by Reuters as saying: “That would not cause any delay in the privatisation process. I don’t see any immediate or significant risk that would delay or block the deal. We don’t want to change any conditions in the OPAP privatisation. We expect the management of OPAP in the interim period to adhere to international best practice”

The sale is being seen as a key component in kick starting the country’s privatisations program and reform drive. The government’s asset sale programme is aiming to raise €1.8bn by the end of September.

Stelios Stavridis, Chief of Greece’s privatisation agency HRADF, claimed in June that the deal could derail but later said it would be sorted out ‘one way or another.’