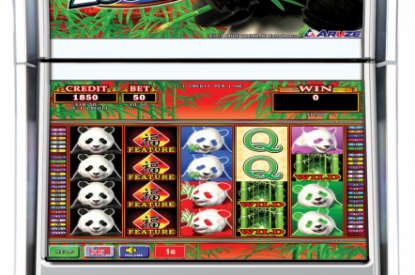 Aruze is also proud to introduce the latest stepper titles that will be added to its Innovator library of games. All Innovator models feature Radiant Reels-a revolutionary spin on stepper technology, designed with large reels, dynamically illuminated multi-coloured LED lights, and variable spin speeds; all of which combine to build player anticipation for winning combinations. The Innovator Deluxe platform, with eye-catching top boxes, expands to include Ultimate Diamond, Platinum Jackpot, and Mystical Egypt. The standard Innovator series with 5-Reels welcomes several new themes to the family such as Circus Clown, Howling Wolf, The Great Inca, and the new 4+1-Reel game Golden Frontier featuring the Extra Reel.

The 5th Reel in Golden Frontier utilizes  a multi-action Extra Reel that interacts with the top monitor’s bonus event to morph the reel display into and out of various awards or bonuses using creative lighting technology and innovative play mechanics.  Break the Bank, Double Jackpot, Double Nutty Jackpot, Red Eye Nickels, Rooster Riches and Rose Chance will also be on display in the 3-Reel Innovator Series.

Rounding out Aruze’s booth will be the G-STATION product line, of which Aruze will showcase the award winning Lucky Big Wheel.  Lucky Big Wheel is a multi-station (5 to 50 stations), electronic table game version of the Big 6 Wheel, where players have the opportunity to spin the wheel to win.  Each Lucky Big Wheel is equipped with a lever, by pulling it; players can spin the giant wheel and determine their own fate.  Between the lever and the big wheel, Lucky Big Wheel is an extremely interactive product, unlike any other game currently on casino floors. 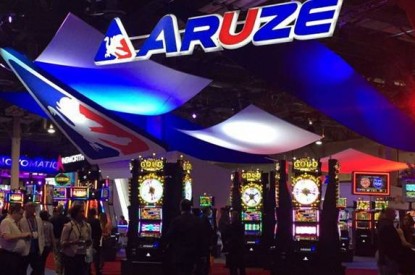 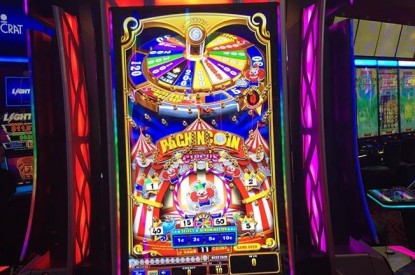 ICE – Aruze to show blend of slots and pachinko at ICE