Ireland – GameAccount revenue down due to investments 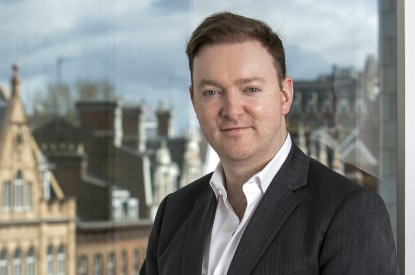 GameAccount Network blamed necessary investment as the main reason behind a fall in net revenue during 2014.

Dermot Smurfit, CEO of GameAccount Network commented: “2014 has continued the period of investment for GameAccount, and, performance to date in 2015 is in line with our expectations.

Following a transformational year in 2013, GameAccount has continued to position its business to capture growth in online gaming markets, particularly in the US. 2014 saw the launch of key products across our offering, in particular Simulated Gaming, together with a number of significant commercial and strategic developments.

He added: “Real-money Internet gaming in New Jersey and the pace of regulation in the US market has been slower than expected but we are confident in the long-term prospects for real-money gaming in the years ahead. For 2015 we believe that the opportunity for GameAccount Network with Simulated Gaming will substantially compensate for the slower than expected pace of the development of real-money Internet gaming in the US.

Furthermore, the State of Pennsylvania appears to be in the process of regulating Internet gaming with a number of legislative bills under active consideration. GameAccount Network has been selected as the exclusive platform for both Simulated Gaming and regulated real-money Internet gaming by Parx Casino, the leading casino operator in Pennsylvania, and is positioned in 2016 for substantial growth in regulated real-money Internet gaming in Pennsylvania should suitable legislation be enacted in 2015.”
The 2014 launch of Simulated Gaming across the United States has been another innovative step for the business. Simulated Gaming represents a US market opportunity estimated at $250m in 2015 which is immediately addressable and not contingent on the pace of regulation.

Mr. Smurfit added: “We contracted with Empire City Casino in the first half of 2014, which contributed to revenues in the second half of 2014. In 2014 we contracted with a further three casinos including Parx Casino which launched in the first quarter of 2015 and an undisclosed multi-State casino operator which will begin to contribute to revenues in the second half of 2015. Initial performance metrics for Simulated Gaming are significantly ahead of expectations and the prospects for this business are exciting.”

“Our investment in the business continues and we have grown our team and expanded our technical expertise, US infrastructure and gaming content portfolio throughout 2014. Consistent with our commitment at IPO, we were also awarded a patent for our iBridge Framework which will protect and benefit the Simulated Gaming business as we grow in the US market. Our full year revenue from gaming system sales was down year-on-year however we are actively engaging with multiple potential system buyers and we remain confident in our ability to continue to deliver on sales of our gaming system to casino equipment manufacturers although the timing of such sales remains uncertain.”