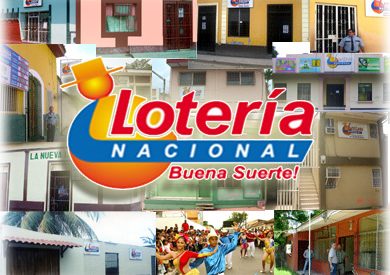 Under the contract, GTECH will continue to provide instant-ticket printing and related services to the Lottery through July 4, 2016. This contract represents a 33 per cent increase in ticket production from the previous instant-ticket contract awarded to GTECH by the Lottery in 2009.

Printing for Lotería Nacional de Nicaragua will take place at GTECH’s instant-ticket facility in Lakeland, Florida. Lotería Nacional de Nicaragua has been a valued customer of GTECH since 2009. Since that time, GTECH has supported the Lottery with a pricing, product layout, and prize structure strategy. Additionally, instant-ticket sales have more than doubled since GTECH began printing the Lottery’s instant tickets in 2009.

“We are pleased that the National Lottery of Nicaragua has again chosen GTECH for its instant-ticket program,” said Alan Eland, Senior Vice President & Chief Operating Officer, GTECH North America. “We remain committed to expanding our presence in international markets and look forward to continued growth in support of the Lottery’s mission of generating financial resources through the sale of lottery products, helping to fund governmental projects and social programs targeting the most vulnerable sectors in Nicaragua.”

Back in the States, GTECH has also signed instant-ticket contract extensions with the Kansas Lottery, the Oregon Lottery, and the Wisconsin Lottery.

GTECH has also been awarded a four-year instant-ticket printing contract extension with the Oregon Lottery. The extension will expire on June 30, 2017. The original instant-ticket printing contract between GTECH and the Lottery, awarded on March 31, 2010, was the result of a request for information and included a three-year term that allowed for four one-year extensions. The Oregon Lottery has agreed to extend the contract for the full four-year term.

Additionally, GTECH has signed a one-year contract extension with the Wisconsin Lottery to continue providing instant-ticket printing services. GTECH began its instant-ticket printing contract with the Wisconsin Lottery on November 1, 2009. This is the third of three extension allotments that the original contract contained, and will continue through October 31, 2014.

Mr Eland said: “GTECH appreciates and values our ongoing relationships with the Kansas, Oregon, and Wisconsin Lotteries, and we look forward to continuing these relationships in the years to come. We are continually committed to providing our customers with superior products and solutions and supporting them in their efforts to give back to their great states.”