The Philippines – Bloomberry turns Solaire around in first quarter 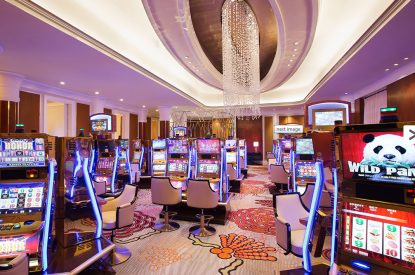 Gaming continued to generate the bulk of the company’s total gross revenues, accounting for 95.7 per cent of the total, followed by hotel, food and beverage which accounted for 3.9 per cent.

Gross Gaming revenues and non-gaming revenues hit P7.060bn and P286m respectively. On a year-on-year basis, these grew 12 fold and five-fold, respectively. This significant improvement in revenues was due to the group’s ability to successfully manage and operate Solaire without a third-party management company.

Enrique Razon, Bloomberry Chairman and CEO, said: “It is significant that we were able to turn a profit after only a year of operation. This is proof positive that the group, without a third-party management company, has the ability and the acumen to manage an integrated resort. During the year, we laboured on building our core business while working on the expansion that would make Solaire a truly integrated resort. By the fourth quarter of this year, we shall see the fruition with the opening of Phase 1-A.”

Solaire’s management focussed on preparing and implementing its marketing strategy and executing policies and procedures that resulted in significantly better margins. The group addressed the operational issues relating to Global Gaming Asset Management’s failure under the Management Services Agreement, which was the reason for the termination. Solaire’s management intensified promotion and marketing efforts through the unveiling of creative programs, hosting special events, launching promotions, establishing marketing presence in the Asia Region and hiring experienced senior executives in mass and VIP marketing.

Total expenses for the quarter rose nearly 2.5 times to P4.530bn from P1.826bn in the first quarter of 2013. Operating expenses grew by 157 per cent, year-on-year to P4.515bn. EBIDTA reached P2.154bn, representing a significant turnaround from the negative P1.062bn for the same period last year. Moreover this year’s first quarter EBIDTA was nearly equal to its full year EBIDTA for 2013.

As of March 31, 2014, the group had signed-up with about 47 junket operators to bring in foreign VIP players. The mass gaming player sign-ups amounted to 304,000 and total visitation had reached the 4m mark by the end of first quarter of 2014.