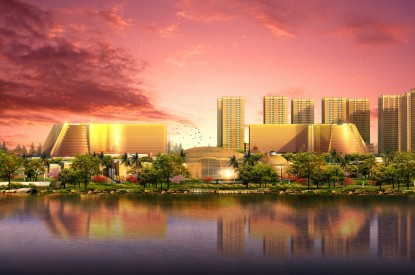 A Makati Regional Trial Court in the Philippines has approved a court order stopping Kazuo Okada’s Universal Entertainment from making a u-turn on a real estate deal with Century Properties Group.

Tokyo-based Universal Entertainment severed a deal with Century Properties which would have seen the Philippine-based company funded part of the US$2bn Manila Bay Resorts casino complex it is developing on Manila Bay in the Philippines in March.

Century Properties had agreed to buy a 36 per cent stake in Eagle I Landholdings, a subsidiary of Universal that owns a plot of land on which Manila Bay Resorts is being built.

Universal went back on the deal when First Paramount pulled out. Century argued though that First Paramount’s withdrawal should not have seen the end of its own deal.

PAGCOR, the regulatory body in the Philippines has stipulated that the project would not be able to go forward without a local partner.

The court order will also prevent Universal from selling shares of holding company Eagle I Landholdings, which owns the site, and dealing with any other party for the development of the commercial and residential project as contained in its agreement with Century.