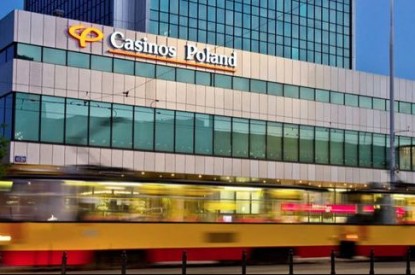 Peter Hoetzinger, Co-Chief Executive Officers of Century Casinos, said: “The first casinos we reopened were the ones in Europe, in Poland on May 18. The casinos in the smaller cities around the country, which draw mostly from locals, are doing very well, actually a little a be better than during the same time last year. But the results of two larger casinos in the capital city of Warsaw are softer because of the lack of tourists and business travelers.”

“Overall, we’re down about 25 per cent compared to last year. Poland contributes about 10 per cent of our total consolidated EBITDA. Most importantly, however, the operation already is cash flow positive,” he added. “Next in line to be open were the 2 Missouri properties on June 1. Missouri’s our most important market in terms of cash flow generation, and what a success the reopening was and still is. Even though we have only half of the table game positions and about 80 per cent of the slots in operation, results are record breaking. In June, with limited competition from Illinois, Cape share though was up over 40% on revenues and more than doubled adjusted EBITDA, an absolute record for that property.”

Caruthersville was up eight per cent in terms of revenues and up 40 per cent on adjusted EBITDA, which Mr. Hoetzinger said was a ‘huge success and a tremendous achievement by our management team.’

He added: “The month of July, with competition from Illinois and up and running continues with results significantly stronger than last year. Cape G almost doubled EBITDA and caruthersville is up about 30 per cent. So it goes without saying that also this market has very quickly turned cash flow positive for us. Then on June 5, we reopened our Mountaineer resort in West Virginia to huge crowds forming long lines around the building. Approximately half of our gaming positions and hotel rooms are open. In June, revenue was up seven per cent and adjusted EBITDA was up 57 per cent compared to June of last year. July is a little softer and down compared to last year, mostly due to the newly introduced temporary smoking ban in the Virginia. Fortunately, last week, we have been allowed to introduce Slim Plexiglass barriers between slot machines, which lets us increase the number of available slots from the current 500 to over 800. That should have a positive impact right away.

In the middle of June, Century’s two Colorado properties reopened without table games, but almost all slots in operation in Cripple Creek and about two thirds in Central City.

“Even though we had less slots in operation, and for only half of the month, adjusted EBITDA in June was at a combined 51 per cent year-over-year, truly remarkable. And July is even better. Revenue and adjusted EBITDA almost doubled compared to last year,” Mr. Hoetzinger explained.

“We are excited by the enthusiasm our customers have shown in visiting our reopened casinos. We are pleased that our operations have been able to achieve cash positive positions so soon after reopening,” Erwin Haitzmann, Co-Chief Executive Officers of Century Casinos concluded. “We continue to take social distancing and our customers’ health very seriously, and we continue to explore new ways to further improve customer safety. We would like to thank our customers, employees, communities and authorities for their cooperation and support both during and after our temporary closures.” 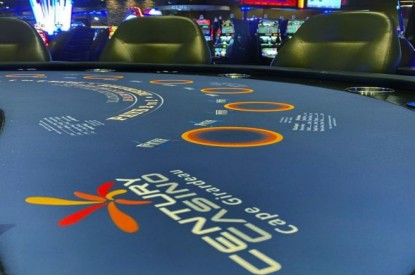 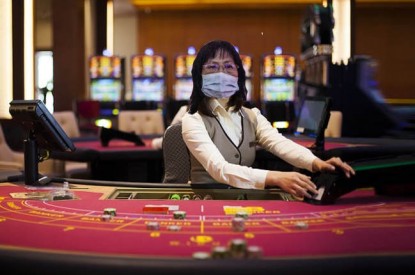