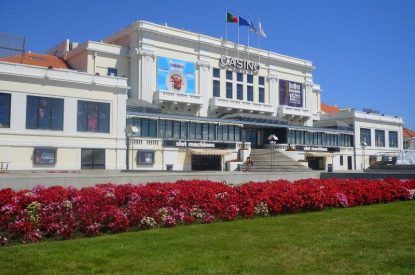 The council said it wanted to ‘express concern at the dismissal and collective concern for the situation of the families of workers’ and bring ‘attention to the importance to the county cultural and touristic function of the casino.”

It added that it wanted to find an ‘understanding between management and workers in order to find solutions that avoid dismissal.’

Aires Pereira, President of Póvoa city council, said: “It’s a very worrying situation and deserves great reflection, not only because of these redundancies but also the future of other workers. I have tried to explain this to the administration of the casino but it has not been possible to find a positive outcome.”

Aires Pereira also showed their concern for the future of the utility company, taking into account the loss of revenue and increased taxation. The concession agreement with the casino was reached dependent on several economic assumptions.”

In 2013 gaming tax amounted to 65 per cent of the property’s revenues.

Francisco Figueiredo Workers Union of Northern Hospitality, blamed mismanagement at the casino for the dismissals. He said the process of dismissal can still be reversed as the workers wer still employed by the casino and would be until mid-March.