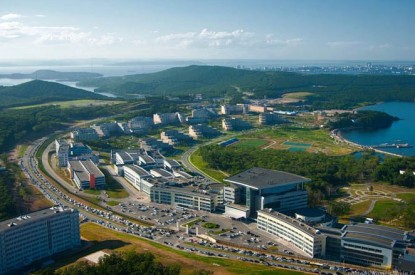 The government in the Primorsky Territory have confirmed that the first phase of Shambala Casino will open in the Primorye gaming zone outside Vladivostok in the Russian fare east ‘this summer.’

The casino will be owned and operated by Shambala CJSC, who opened its first Russian casino in Krasnodar back in 2004. The venue marks only the second casino in Primorye, bringing competition for the Suncity-owned Tigre de Cristal. The first phase, which will include the casino, has cost US$48.8m with the overall cost pitched at US$111.5m. The second phase will include a five-star hotel with 270 rooms, a spa, a conference hall and a gaming area covering 5,200 square meters.

He said: “In the short term, we see the Primorye IRC as a pan-Asian resort that attracts tourists from many countries of the world,” adding though that Shambala’s primary target markets would be Japan, Cambodia, China and South Korea.

Deputy Chairman Konstantin Shestakov said the casino would offer ‘a fabulous service’ to high-rolling gamblers but stressed ‘we are not going to become a closed elite club.”

Igor Trofimov, Executive Director of the Primorsky Krai Development Corporation, believes that eventually 12 hotel and casino complexes will be developed in the Primorye region.