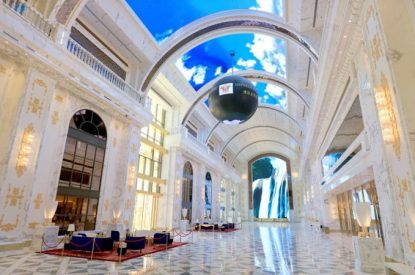 The development of 15 luxury villas could be completed by January.

The operator is currently working on the second floor of its gaming area as well as its food and beverage offerings which it aims to have ready by August.

Commonwealth Casino Commission Executive Director Edward Deleon Guerrero said: “In Asia the gaming tables are where the activities are, but in the US it’s the slot machines. As far as the day-to-day operation is concerned, we have been observing it, watching it and we have been monitoring it, but it’s still too early to make a meaningful comparison between T-Galleria and the new facility. They have more gaming tables [at the new venue] but fewer slot machines. We don’t know yet if there is a significant increase in revenue but we anticipate that because it’s a large facility, there are more tables and it’s a much better place, so obviously we anticipate that there will be more revenue. In a few more days, or in a month, we should have a report.”

The spectacular new casino is set to redefine luxury as part of Saipan’s exciting development into a world center of leisure and entertainment. Through the main entrance of the casino building, a grand lobby with five giant LED screens and a luxurious hallway leads visitors directly into the gaming and entertainment area. Stimulating and yet elegant, the gaming area features over 70 gaming tables and over 190 electronic gaming machines.

The aesthetic and innovative architectural concept of this resort hotel is the perfect blend of breath-taking underwater world and the essence of western architecture. The exquisite masterpiece is created by the industry-leading architectural firm – Steelman Partner, which specializes in creating world-class luxury resort and hotel. In future, the hotel building will offer 329 opulent hotel suites and 15 deluxe villas, numerous restaurants headed by famous Michelin Star chefs and the first rank convention and entertainment facilities.

Kwong Yiu Ling, Chief Executive Officer of Imperial Pacific International (CNMI) said: “Imperial Pacific has committed to the development of world-class investment and high-end entertainment projects in Saipan. We are very excited to transfer to the Imperial Pacific Resort Hotel・Saipan. It is our first milestone and will definitely help to launch a new era of luxury in Saipan. We will be working very hard for the sustainable development and Saipan, will become one of the most desirable travel destinations in the world.”