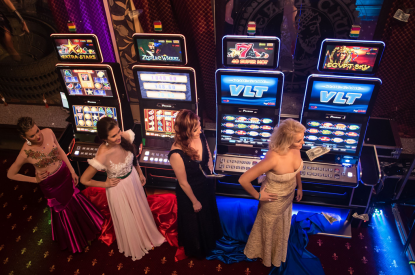 Having only signed a distribution agreement with Slovak operator Top Game in December, Euro Games Technology is delighted to have rolled out 130 machines into the market already.

Top Game is well established in the Slovak gaming market already. Soon after the official unveiling of EGT’s VLT machines to Slovakian operators in December 2015, the first installs took place with six cabinets P-24/24 Up and four P-24/24 installed at St Slim in Cezar Club, Bratislava.

The partnership was announced and celebrated at a vibrant party where the VLT products of EGT were shown for the first time in Slovakia. The event focused on the slot cabinets P-24/24 Up and P-24/24 St Slim with dual-sided Rainbow jackpot panel and a VEGA jackpot controller. For a maximum performance they were equipped with the specially created multigame mixes Red Game VLT and Blue Game VLT, each containing 20 different games.

Csaba Pardi, Sales Manager of Demar KFT, a distributor of EGT for Hungary, Austria, Poland and Sweden, said: “It is hard to penetrate the gaming market in Slovakia. At present there are 20,000 gaming machines installed in the country and their number cannot be raised because of the restriction for new licenses. This intensifies the competition between gaming equipment manufacturers that have to rely entirely on the high quality and performance of their products. These are the only arguments that could persuade the operators that it is in their interest to change their not so efficient machines with the models of EGT. It is also substantial, of course, to find the appropriate partner to present your products in an apt way and to cooperate for their initial launch on the local gaming floors. We believe that Top Game is the right choice for us in this regard. At present, EGT has over 130 machines in Slovakia. EGT will continue diversifying its products for the local market, planning to present its whole portfolio in near future.”