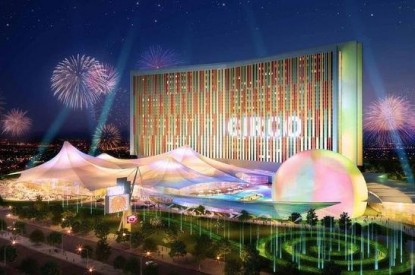 As it looks to embrace the economic benefits offered by Europe’s first Las Vegas style gaming destination; Euro Vegas near Madrid, the Spanish government has asked its legal advisors to find a way to allow smoking in casinos.

The landmark ruling would be an exception to a general ban on smoking in public places and would placate concerns by Las Vegas Sands’ supremo Sheldon Adelson who wants to open the largest casino in Europe which he aims to debut in 2017.

Mr. Adelson asked for the exception as part of a raft of allowances to help his investment of €17bn be commercially viable. It is expected to employ 180, 000 members of staff.
The government does want to rewrite its smoking laws and is looking instead to hand over the power to local, autonomous communities. Indeed Health Minister Ana Mato has already come out and publically stated that she will refuse to change the legislation.

Farjas Pilar, Secrtary general of Health, said: “The ministry has a goal and whilst one priority is the health of Spanish people, the government will consider all factors that affect this gamble to create jobs.”

Prime Minister Mariano Rajoy has reportedly given his personal assurance to Mr. Adelson that the necessary changes will take place.