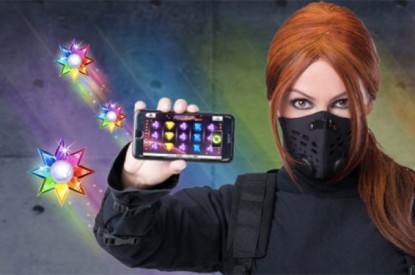 SafeEnt, which runs the internet casino Ninja Casino, has lost its Swedish licence for commercial online games and betting after discovering serious deficiencies in the company’s operations, including gaming responsibility and measures against money laundering.

Gaming Inspectorate Spelinspektionen’s review said that SafeEnt has violated several of the most central parts of the gaming law, which are aimed at protecting players against excessive gambling. For example, customers have been able to spend large amounts of money without the company having reacted to what the duty of care requires. In addition, customers have been able to play well beyond their own deposit limits.

Spelinspektionen stated: “The examination of the company’s actions against money laundering and terrorist financing also shows serious and systematic shortcomings. The violations concern deficiencies in the company’s risk assessment and measures for customer knowledge. In addition, the review of campaigns and offers shows that SafeEnt has offered bonuses on more than one occasion and that certain offers have also been lotteries that are not covered by the company’s license.”

“SafeEnt has described what measures it intends to take to correct the deficiencies, but the Gaming Inspectorate believes that the measures are not sufficient and notes that SafeEnt lacks understanding of important parts of the regulations that govern the operations. The Gaming Inspectorate revokes the SafeEnts licenses with immediate effect since the company’s existing and prospective customers may be adversely affected if the business is allowed to continue.”

SafeEnt, which is a wholly owned subsidiary of the listed company Global Gaming 555, used its Swedish license to provide games on the ninjacasino.com and spellandet.com websites.

Anders Sims, Head of Communications, at Spelinspektionen, said: “The Gaming Inspectorate has, since the new gaming legislation, been introduced on January 1, 2019, on several occasions, decided on remarks, warnings and penalty fees against license holders who have not followed the law. None of these previous cases has been considered to be so serious that the license has been revoked, but this is the first time the Gaming Inspectorate makes this assessment. The Gaming Inspectorate will continue to focus on the licensee’s work on gaming responsibility and measures against money laundering. In case of violations, the authority will continue to act vigorously.”