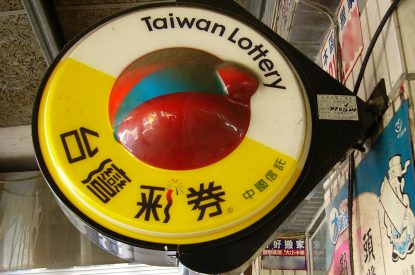 Scientific Games Corporation has signed a new contract to provide instant games for the Taiwan Lottery.

Under the agreement, Scientific Games will provide instant games, licensed properties and marketing services. The contract, which was awarded through a formal procurement process by the TLC, expands the company’s leadership in the Asia Pacific region. The two-year contract, which may be extended for an additional two years, began June 2014.

The TLC, an affiliate of CTBC Financial Holding, operates Taiwan’s Public Welfare Lottery, is entrusted with the Lottery’s distribution, sales, marketing and management by CTBC Bank. CTBC Bank believes in and supports values also held by the Public Welfare Lottery, such as enhancing employment opportunities for disadvantaged groups, and serves to create a larger public welfare surplus which improves society as a whole.

Joy Huang, President of the TLC said: “We awarded this contract to Scientific Games as part of our overall plan to expand the Taiwan Public Welfare Lottery’s instant product offering. Through the exciting licensed properties Scientific Games offers, we hope to further engage and entertain players in Taiwan.”

“The Taiwan Public Welfare Lottery is one of the most dynamic and fastest growing lotteries in Asia and we believe there is significant opportunity for instant category growth by working closely with the leadership of the TLC to develop innovative content and solutions to support their important mission,” said Michael Conforti, Chief Executive Officer, Asia-Pacific for Scientific Games. “The addition of Scientific Games as an instant game provider will help the TLC continue its impressive growth trajectory that has resulted in ever increasing returns to its public welfare programs.”

Scientific Games has a strong presence in the Asia-Pacific region, with contracts to provide games and technology to lotteries in Australia, New Zealand, China, Singapore, Malaysia, Philippines, Cambodia, East Timor and Thailand.