The Netherlands – Sheriff wins out in court against BetSoft 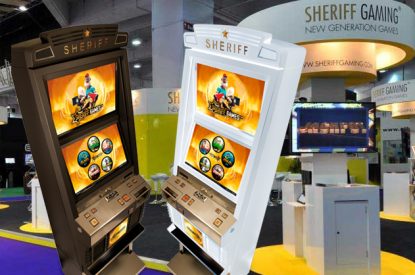 Bubble Group, operating under the trade name Sheriff Gaming, has won a legal case that was brought before the Netherlands Court of Appeal by Betsoft.

This was an appeal launched by Betsoft after The Court of First Instance previously ruled in favour of Bubble Group earlier this year when the company outlined concerns regarding Betsoft approaching several of Bubble Group’s clients, stating that Bubble Group infringed Betsofts’ IP rights and encouraged clients to cease business with Bubble Group.

The appeal stemmed from the original accusation by Betsoft that Bubble Group had infringed its IP rights with regards to the zooming effect that it calls “Expandicon” and therefore the look, style and feel to the games.  After analysing and comparing source codes, the Court of Appeal concluded that there was no evidence to support Betsoft’s claims.  Betsoft was also unable to provide any additional evidence to the court to validate its accusations.

Sheriff stated: “Perhaps more interestingly, The Court of Appeal stated within its summary, that Betsoft presented a report at court while it knew the basis/data on which that report was based had been manipulated, and therefore the ruling found that Betsoft was never in a position to claim infringement, or even have a reasonable suspicion that it’s IP-right had been infringed by Bubble Group.”

Stijn Flapper, CEO of Bubble Group/Sheriff Gaming, added: “We couldn’t be happier by this latest ruling and we hope that we can now move forward whilst proving irrevocable proof to our clients and the rest of the industry that we are a true innovator of 3D games. We are licensed by the highly respected Alderney Gambling Control Commission and all our games are licensed within the regulated markets of Alderney, Malta and the Isle of Man.”