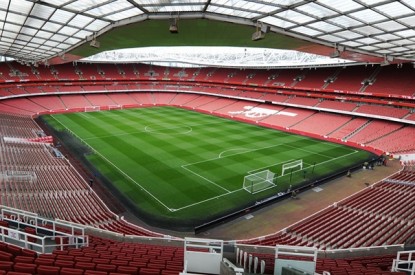 CashBet has announced a landmark partnership with Premier League football club Arsenal FC ahead of the Initial Coin Offering (ICO) of its new cryptocurrency, CashBet Coin designed specifically for iGaming.

The first-of-its-kind deal, which makes CashBet Coin the club’s exclusive and official Blockchain Partner, sees Arsenal become the first major team in world football to officially partner with a cryptocurrency.

The agreement will give the CashBet Coin brand prominent placement via in-stadium advertising channels for Arsenal home Premier League games at Emirates Stadium.

Vinai Venkatesham, Arsenal’s Chief Commercial Officer, said: “We are pleased to welcome CashBet Coin as our partner. We are looking forward to working with CashBet Coin as they launch their new cryptocurrency.”

Dr. Mike Reaves, CEO and Founder of CashBet, said: “With our ICO for CashBet Coin, we are actively targeting a global, multi-billion dollar marketplace of iGaming content providers, operators and players.

“We are delighted to do so in partnership with one of world football’s true giants in Arsenal, enabling us to build our brand and engage this audience in a meaningful way.