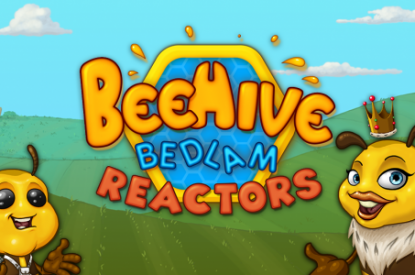 Leander Games has partnered with CORE Gaming to bring content from the world-leading HTML5 gambling software house on to the LeGa platform.

The deal opens access to the innovative developer’s sought-after products for the first time to a number of operators, with CORE Gaming’s titles only available via a limited number of platforms.
The first games to go live on the LeGa remote gaming server will do so from July onwards with six titles currently pencilled for launch before the end of Q4 2016.

One of the biggest titles of the year launching is the popular Beehive Bedlam Reactors, as well as a range of highly successful instant win games from the UK-based supplier’s cutting edge portfolio.

“Our content is some of the hottest on the market at the moment,” said Justin Chamberlain, Chief Executive Officer CORE Gaming. “As a quality measure we have a selective approach when choosing our platform partners; it is essential they share the same values and ambitions as us. We enjoy many synergies with Leander Games and LeGa is a top-class platform that provides a direct route to a range of leading operators – and their players.”

Betfair, Betsson, PokerStars, Paddy Power and Vera and John are among the operators integrated to LeGa.

Leander Games CEO Steven Matsell said: “We’re excited to partner with the team at CORE Gaming. They are a disruptive supplier whose star is very much in the ascendancy, and one with a track record when it comes to innovation. This partnership underlines the fact that LeGa is the gateway for operators to the most thrilling and best performing content available.”