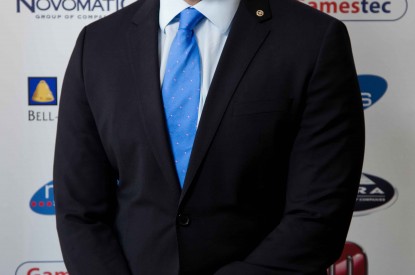 The Astra Gaming Group (the wholly owned UK subsidiary of Austrian Gaming Industries GmbH, (AGI) part of the Novomatic Group) has published its financial results for the year to December 2013.

The combined figures, which show a gross profit of £44m against total revenue of £87m, include operating profit of £1.8m. Profit before tax for the year stood at £29m, up from £10m in 2012. The growth was assisted during the year by a significant dividend from group undertakings.

Trading at the Group, which comprises Astra Games, Bell-Fruit Games, Empire Games, Gamestec, Mazooma Interactive Games and RLMS Sales has been described by the board as ‘satisfactory’. However, it noted that profitability has come at a price due to poor margins and the restrictive nature of the market, especially in relation to Gamestec’s operations in the pub sector.

Group CEO Zane Mersich summarised the performance, said: “We are pleased to be able to deliver a financial report that shows a healthy profit against a backdrop of continued tough trading and an industry business model that is at best challenging. While the Group is evidently in a strong position, it is vital that we remain mindful of the exigent conditions facing the industry as a whole and ensure that we constantly seek to improve all areas of our business.”

Among the key factors that contributed to a testing period of trading in 2013 were closures and falling revenues from the arcade and bingo sectors. The pub segment, also, came under pressure during the period.

Commenting on the outlook, Mersich stated: “The expectation is that 2014 will deliver better results than those of the preceding year as the general state of the economy improves and we begin to see some clear sky between the present economic conditions and those of the past few years.

“Adult gaming centres and bingo halls will still have difficulty competing with the much harder gaming offerings in the licensed betting office and online sectors, with far higher stakes and prizes; however, they may begin to regain some lost ground and smart operators will look to invest in their businesses in earnest. This coming year may herald some signs of the smaller but healthier market alluded to in previous reports.”