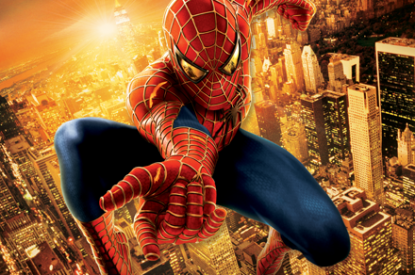 SG Gaming has this quarter released a variety of new B3 and Cat C titles to customers in the licensed betting office and arcade and bingo sectors.

The new releases include Spartacus, a slots title from Scientific Games’ WMS brand, adapted in-house by SG Gaming for the UK market. The game, already an online success, is proving to be popular among LBO customers. The game features Colossal Reels and 100 active win-lines across all stakes. It will be available across all platforms by the end of 2015.

Spider-Man, a £500 slots title with graphics and footage from the hit films, was released to customers across the LBO sector in September and is due to be made available across the arcade and bingo sector by the end of October. Game modes include the engaging Spider-Spins feature, which allows players to match symbols to win a prize. The game strengthens SG Gaming’s portfolio of licensed titles that already offers brands including Monopoly, Rocky and The Wizard of Oz.

The titles follow the release earlier in the year of a number of Category C titles for the arcade and bingo sector, including Reel ‘Em In, a community game that has already seen a positive reaction from players. With fun and engaging graphics themed around fishing, the game offers multiple community bonuses and ‘wild picks’. Players are offered the chance of two exciting community bonuses: Prize Catch and Lobster Pot, with a fixed £100 Gold Pot.

Rick Mountney, UK Director of Content Development at SG Gaming, said: “The new titles being made available exclusively to SG Gaming customers demonstrate the strength and depth of our content offering. The games build on a number of successful content releases this year, including Wizard of Oz Ruby Slippers and Moon Shadow, each a testament to SG Gaming’s commitment to developing innovative and compelling content. SG Gaming uniquely combines the capability to develop successful content across licensed betting offices, arcade and bingo with a track record in building on popular brands and delivering successful licensed titles. The instant popularity the new games have enjoyed among players is testament to the dedication, experience and creativity of the content development team in creating innovative content, which has led to SG Gaming becoming a leader in content development in the UK market. With new and exciting content including great licensed games due for release before the end of the year and throughout 2016, SG Gaming customers can look forward to a stream of successful titles on their terminals in the months to come.”