US – AGEM Index slides along with broader markets 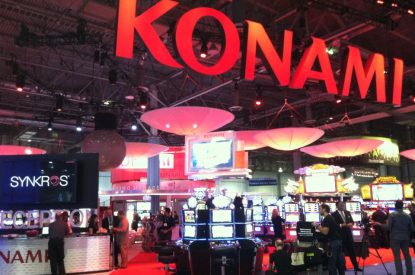 Not unlike the broader equities’ markets, the AGEM Index reported a substantial decline in the first month of 2014 when compared to December 2013.

In January, the composite index was 183.85, which was down 10.09 points or 5.2 per cent when compared to the prior month. The latest period represents the first substantial month-to-month decline since June 2013; however, compared to a year ago, the index remains up 36.19 points or 24.5 per cent. In January of 2014, 11 of the 16 global gaming equipment manufacturers reported month-to-month declines in stock price, with seven down by more than five per cent. Gaming Partners International (GPIC) reported flat stock performance from December 2013, and of the four companies that witnessed increases, only one was up by more than five per cent.

The broader stock markets also posted a weak start to 2014 as all three major indices reported declines in January compared to December 2013. NASDAQ ended the month at 4,103.88, down 1.7 percent from the prior period, while the S&P 500 declined 3.6 per cent to 1,782.59. Meanwhile, the Dow Jones Industrial Average (DJIA) witnessed the most substantial month-to-month decline, falling 5.3 per cent to 15,698.85. The DJIA’s performance was most in line with the decline reported by the AGEM Index during the month. Profit-taking and speculation fuelled much of the recent volatility.

A number of gaming equipment manufacturers recently released their results for the latest quarterly cycle. International Game Technology (IGT) reported a 2.1 per cent annual increase in net revenues during its fiscal first quarter of 2014, rising from $530.3m to $541.2m. The growth was primarily driven by growth in social gaming revenues, which increased 56.9 per cent year-over-year to $64.8m. Daily active users (DAU) increased 17.4 per cent during the first quarter to 1.7m, while bookings per DAU were up 35.5 per cent. Product sales revenues also reported a year-over-year increase, rising 3.7 per cent to $243.6m. The growth was primarily attributable to increased video poker sales in North America.

The growth in social gaming and product sales revenues was partially offset by a decline in gaming operations revenues, which fell 8.1 per cent to $223m. The company notes that the decline was due

Multimedia Games reported a 33.5-percent increase in net revenues during its fiscal first quarter of 2014 to a record $59.2m. During the period, both of the company’s revenue sources reported increases compared to a year ago. Gaming operations revenues rose 12.1 per cent to $33.6m due to a 13.1 per cent increase in the company’s installed base. Gaming equipment and systems sales revenues increased 77.7 per cent during the period to $24.9 million. Despite a 7.1 per cent decline in average selling price to $17,366, approximately 731 more units were sold in the first quarter than a year ago. The increase is partially attributable to new customers in Pennsylvania.

Bally Technologies reported a 19.7 per cent year-over-year increase in net revenues to a quarterly record of $285.2m in the company’s fiscal second quarter of 2014. The latest growth was primarily driven by increases in systems revenues and electronic gaming machines revenues. During the quarter, systems revenues increased 50.8 per cent to an all-time record of $85.5m. Meanwhile, despite a 3.7 per cent decline in the average selling price of new electronic gaming devices to $15,936, EGM revenues increased 6.7 per cent to $88.1m. The growth was primarily attributable to 1,025 units being shipped into the Illinois Video Gaming Terminal market. Gaming operations revenues reported a modest 1.7-percent decline during the quarter, falling to $97.3m. During the period, Bally Technologies successfully completed the acquisition of SHFL Entertainment. The company notes that the merger was completed ahead of schedule and the integration process is moving forward smoothly.

Additional earnings reports are expected in the coming weeks, which should shed additional light on the industry.