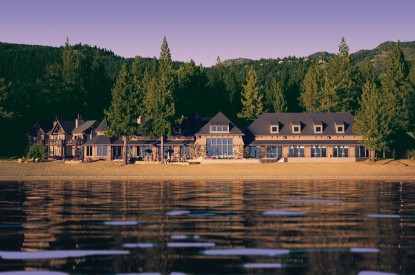 Aristocrat Technologies has won a competitive RFP to replace an existing system with its Oasis 360 casino management system at the Grand Lodge Casino at Hyatt Regency Lake Tahoe.

Scott Ruhl, Northern Nevada General Manager for Grand Lodge Casino at Hyatt Regency Lake Tahoe, said,: “Our previous system was lacking the intelligence and bonusing capabilities we wanted to further enhance our guests’ experience and further increase the level of customer service we can offer. We thoroughly examined several options, and we found precisely what we were looking for in Oasis 360.”

Senior Director of Western Regional Sales Jeff Connors added: “We are thrilled to have won this competitive RFP and to be bringing Oasis 360’s superior technological capabilities to Grand Lodge Casino. The casino has chosen a very powerful combination of modules that joins business intelligence with bonusing solutions that has the potential to give Grand Lodge Casino a distinct competitive advantage in the marketplace.”

Aristocrat’s Oasis 360 was rated the Most Widely Used System in the 2013 Goldman Sachs Slot Manager Survey.