US – Boyd bounce back highlights US optimism 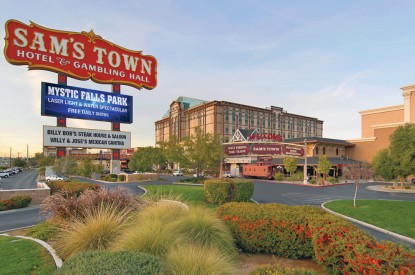 US locals operator Boyd Gaming has reported a year-on-year revenue increase in 2013 with full-year revenue of $2.9bn, representing an increase of 16.6 per cent on the previous year.

The final quarter brought in GGR of US$681.5m, an increase of 9.1 per cent from the corresponding period last year.

Keith Smith, President and Chief Executive Officer of Boyd Gaming, said: “We made great progress executing on our strategic plan in 2013, despite some external headwinds that we faced over the course of the year. We made significant refinements to

our marketing and operations, launched a market-leading online gaming presence in New Jersey, and introduced our Penny Lane initiative across the country. We successfully integrated Peninsula Gaming into our Company, generating nearly $100m in free cash flow from these assets during our first full year of ownership. Our Las Vegas Locals business returned to consistent growth, with four consecutive quarters of EBITDA gains. And we significantly strengthened our balance sheet, repaying $525m in debt and eliminating more than $60m in interest expense.”

“Looking ahead, we are taking the right steps to drive efficiencies, grow EBITDA and margins, and maximize long-term shareholder value,” he added. “We are well-positioned to capitalize on future growth in online gaming across the country. We are beginning the roll-out of our B Connected program at the Peninsula properties, further enhancing our ability to cross-market our properties nationwide. And we continue to pursue opportunities to further expand our pipeline of growth projects. Boyd Gaming is moving in the right direction, and I am optimistic about our prospects in 2014 and beyond.”
In the Las Vegas Locals segment, fourth-quarter 2013 net revenues were $148.6m, even with net revenues in the prior-year period. Downtown Las Vegas saw net revenues of $59.8m in the fourth quarter of 2013, up 3.7 per cent from $57.7m in the year-ago period.

In the Midwest and South segment, net revenues were $196m compared to $213.8min the fourth quarter of 2012. Borgata, meanwhile, the company’s 50 per cent joint venture, reported fourth-quarter 2013 net revenues of $157.1m, including $2.2m from its online gaming operations. Borgata’s December 2013 results were adversely impacted by an unusually low hold percentage and severe winter weather. Prior-year results reflect the impact of Superstorm Sandy.