US – Boyd hurt by effects of Hurricane Harvey 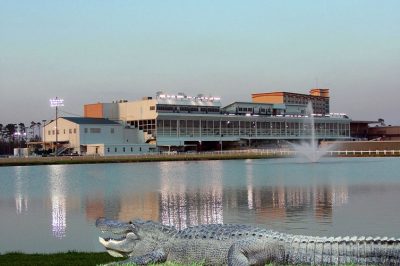 Boyd Gaming has said that Hurricane Harvey had a much more detrimental effect on its quarterly revenues than the tragic shooting on the Las Vegas Strip.

Keith Smith, President and Chief Executive Officer of Boyd Gaming, said Boyd had ‘not really seeing an impact to the overall business’ in Las Vegas following the massacre at the Harvest 91 Festival whilst the company’s Delta Downs Racetrack Casino in Louisiana was closed for several days due to Hurricane Harvey.

Results for the current year include the operations of Aliante, acquired by the company on September 27, 2016, as well as Cannery and Eastside Cannery, acquired on December 20, 2016.

Keith Smith, President and Chief Executive Officer of Boyd Gaming, said: “We were pleased with our performance in the third quarter, and the continuation of positive trends throughout the business. Every Las Vegas Locals property grew Adjusted EBITDA at a double-digit pace, and on a same-store basis we reported our best third-quarter results in nearly a decade. Our newly acquired properties once again delivered strong growth, and each has achieved double-digit Adjusted EBITDA increases during every quarter under our ownership. We saw encouraging results throughout our Midwest and South segment, which would have produced year-over-year Adjusted EBITDA growth had it not been for disruption from Hurricane Harvey. This strong operational performance is further enhancing our free cash flow, allowing us to continue to re-invest in our business, deleverage our balance sheet, and return capital to our shareholders.”

In the Las Vegas Locals segment, third-quarter 2017 net revenues were $207.3m, up from $148.9m in the year-ago quarter. Third-quarter 2017 Adjusted EBITDA rose to $56.1m, compared to $36.2m in the third quarter of 2016, as every property in the segment grew Adjusted EBITDA at a double-digit rate. Current quarter results include a full quarter of contributions from Aliante, Cannery and Eastside Cannery.
On a same-store basis, broad-based revenue gains and nearly 400 basis points of margin improvements drove the 10thstraight quarter of Adjusted EBITDA growth. These results reflect strong economic conditions, operational efficiencies, successful marketing refinements, and improved performance from the Company’s recently renovated non-gaming amenities.

The company’s three newly-acquired properties – Aliante, Cannery and Eastside Cannery – each continued their streak of double-digit Adjusted EBITDA growth over their 2016 standalone results, as combined operating margins improved by more than 400 basis points. Growth at these properties was driven by a strong economy, the execution of synergies, and operational and marketing improvements.

Segment results were impacted by the effects of Hurricane Harvey, primarily at Delta Downs, which saw reduced business volumes for several weeks. Absent the hurricane, Adjusted EBITDA would have grown year-over-year, as operating trends continued to improve throughout the segment.