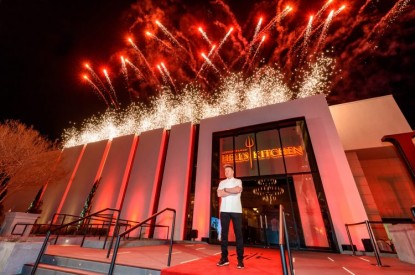 Multi-Michelin star chef and television personality Gordon Ramsay was joined by the finalists of Season 17 Hell’s Kitchen All-Stars and famous faces from the sports and entertainment world for the opening. Since its soft opening in early January, the highly-anticipated restaurant has already received reservations for nearly 25,000 guests.

Mark Frissora President and CEO of Caesars Entertainment, said: “Creating unique and world class-dining experiences is one-way Caesars Entertainment is strengthening the integrated resort concept. A key element of this is building strong partnerships and Gordon is not only a great partner but also one of the biggest talents in culinary.”

Gary Selesner, Regional President Caesars Palace, added: “With Gordon and his team, we created a unique dining experience based on one of the most popular shows on television. I’m very proud of what we have achieved. The room has been transformed and feels just like the set of Hell’s Kitchen, and the food and service is worthy of the Gordon Ramsay. The response from guests so far has been very gratifying. They are delighted with the menu and love the concept. It looks like we have another big hit on our hands. I can’t wait for everyone to try it.”

Mr. Ramsey said: “We responded to fans of the show who were hungry for a real-world Hell’s Kitchen restaurant for some time – pun intended. What we didn’t fully realize was just how enthusiastic the response would be. We are thrilled with the reservations and interest since announcing our opening, and excited to welcome guests to experience the best of Hell’s Kitchen great food, and great cocktails.” 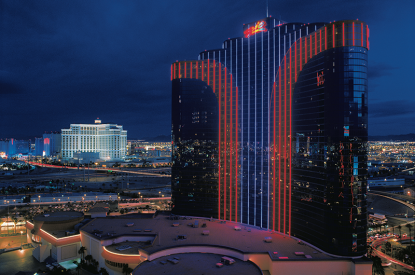