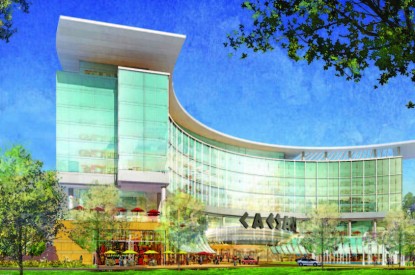 Suffolk Downs and Caesars Entertainment have reached a historic host community agreement with the City of Boston, a critical step in the pursuit of a license to develop a world-class casino resort at the site of the East Boston thoroughbred racetrack.

The agreements provide the city with significant employment opportunities for local residents, infrastructure improvements and other economic and community benefits. The developers are finalising the details of an agreement with Revere and expect to announce those details within days.

The agreement with Boston, announced by Mayor Thomas Menino, is the result of a comprehensive and detailed review of impacts and benefits, informed by months of public input and more than 100 public meetings and forums attended by thousands of local residents.

“We are proud of the strong partnership we have built with Boston as well as our neighbouring communities,” said Joe O’Donnell, principal owner of Suffolk Downs. “Our proposed development will directly benefit Boston with annual payments as well as up-front investments in schools, parks, vital services and transportation improvements. We believe our proposed project has the best location and will create the most local jobs and provide the greatest growth in tourism, hospitality and conventions and meetings in the Commonwealth.”

“We want to thank Mayor Menino and his team for their efforts in negotiating the most comprehensive and far-reaching host community agreement of its kind,” said Richard Fields, principal owner of Suffolk Downs. “We are also extremely appreciative of the efforts of Revere Mayor Dan Rizzo and his team, and look forward to finalizing an agreement there in short order.”

“We have a tremendous opportunity to develop a resort that befits Boston and complements the vibrant array of cultural, historic and entertainment offerings that exist here,” said Gary Loveman, Chairman, pPesident and CEO of Caesars. “Boston is ideally suited for our city-integrated resort model, which is designed to reflect the distinct attributes of the host communities and drive maximum economic impact to residents and businesses. Our proposal is intended to drive tourism to the region and introduce our guests to all the Greater Boston area has to offer.”

The proposed billion-dollar development is expected to be the most sustainably designed and built resort casino in the world. It will feature world-class amenities, including hotel, dining, spa, entertainment space and live thoroughbred racing in addition to gaming space and a World Series of Poker room.

As part of its agreement with Boston, the developers have made upfront and ongoing financial commitments to each community. These commitments include combined, estimated annual payments of

$52 million to Boston once the resort is fully operational. The amount of the payments is determined in part by the resort’s performance and includes anticipated impact fees as well as tax payments. In addition to the annual payments, the agreements include more than $33m in one-time community investments, including capital commitments related to education, parks, public health, arts, public safety and more than $45 million in transportation and infrastructure improvements.

The payments include annual community impact fees that will cover the increased cost of providing municipal services. These fees total approximately $20m a year to East Boston.

“We are proud of the role that Suffolk Downs has played as a neighbour in East Boston for the past 78 years and believe these agreements and our development plans lay the groundwork for a future rich with opportunity for the community,” said Chip Tuttle, Chief Operating Officer of Suffolk Downs. “Local residents have played an integral role in our process to date by providing valuable feedback at numerous community meetings, and we look forward to continued engagement as we continue through this process.” 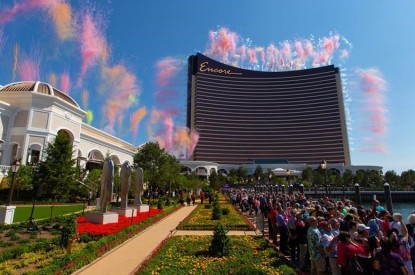 US – Tables eclipse slots as Boston Harbor outpaces its rivals