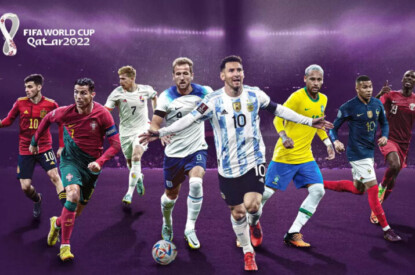 Argentina’s stunning victory over France in the World Cup final emerged as the second most popular sports match of the year for bettors in the US, according to data from geolocation and fraud specialist GeoComply.

World soccer’s showpiece attracted 7.9m geolocation transactions, far behind the Superbowl’s 23.5m but well ahead of the 4.8m transactions of the NCAA March Madness Final and the final game of the NBA season, which attracted 5.1m geolocation checks.

Sam Basile, GeoComply VP of Business Development for North American Gaming, commented: “They say Americans don’t like soccer, but they certainly got a kick out of betting on the World Cup. GeoComply’s data disproves the myth that Americans are not interested in The Beautiful Game.”

The 1.7m active users betting on the World Cup final was the second highest of showcase finals, after the Superbowl’s 3.1m, but well ahead of the two basketball finals and the NHL Stanley Cup final.

This is the first FIFA World Cup with regulated online sports betting available in the US, following the repeal of the Professional and Amateur Sports Protection Act (PASPA) in 2018, giving Americans the opportunity to bet online with legal, regulated operators rather than unregulated offshore bookmakers.

It is also the first World Cup featuring the USA and Canada teams, which will host the next World Cup with Mexico in 2026. Qatar 2022 did a great job of generating interest in soccer in North America, with around 1m new accounts created during the tournament.