US – IGT’s Wheel of Fortune drops in Reno 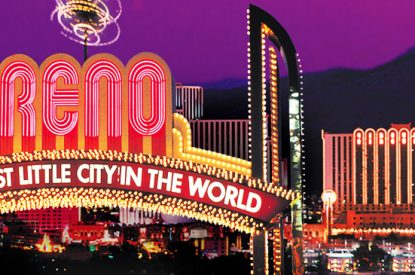 Reno is recognized as ‘The Biggest Little City in the World’ and it’s also known for big winnings for the lucky player who won $1,549,063 on IGT’s Wheel of Fortune Double Diamonds at Circus Circus Reno on Saturday, Aug. 9, 2014.

Carrie M. of northern California was visiting Reno with her husband when she played the famous slot theme because she was familiar with its success in making millionaires. Completely astonished when the jackpot flashing light came on, Carrie immediately called her husband to tell him she had just won an astounding $1.5 million. She plans on using some of her winnings for a family vacation in Hawaii.

IGT launched Wheel of Fortune in 1996 and solidified the Company’s leadership in Wide Area Progressive technology. Known as the most successful slot title of all time, the fan-favourite theme has minted nearly 1,000 millionaires and delivered $3 billion in jackpots throughout its illustrious history. IGT has created more than 200 variations of the game that can be found on casino floors in more than 20 countries worldwide.