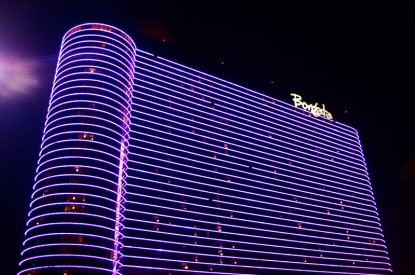 A press conference held by Atlantic City’s Governor Chris Christie has confirmed that MGM Resorts International, owner of Borgata, is in discussions with Caesars Entertainment concerning a joint project in Atlantic City.

James Murren, chairman and CEO of MGM Resorts International, said: “We are going to be working with our friends at Caesars to find out how we can further move Atlantic City along. It’s not going to be easy, but we are up for the challenge.”

Governor Chris Christie added: “We’re going to be working with them on additional ways we can bring Atlantic City’s regulations into the 21st century. When you hear them come up here and talk about new properties to develop and new things to do in Atlantic City both individually and then MGM and Caesars jointly, it’s a huge change to what you heard when I first got into office.”

Mayor Don Guardian added: “Development and reinvestment is all part of rebuilding Atlantic City. We have been laying this foundation for the past three and a half years, and it’s terrific that others, including the casinos, continue to invest in this great city. Atlantic City’s best days are still ahead.”

Richard Perniciaro, director of the Center for Regional and Business Research at Atlantic Cape Community College, said that there was, “more than enough land between the two to put a casino. There was a plan to put Circus Circus there.”