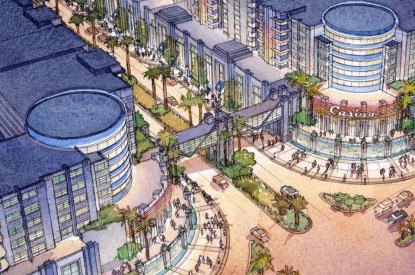 The new Mississippi Gaming Commission has said it will look at two long long-proposed casino projects; one from RW Development’s South Beach project in Biloxi, and the other from Jacobs Entertainment Diamondhead, in February.

Both proposals have been previously vetoed. Executives at RW Development want to build The Gold Coast Resort at Veterans Avenue and Highway 90. The southern tip of that project would be up against the public sand beach.

The plans for the South Beach casino resort have not changed much. RW Development attorney Michael Cavanaugh explained that when the South Beach project was rejected in 2008, the commission outlined that RW Development did not have control of land to the water’s edge. However, the company believes that gaming laws only need an operator to control the land at the mean high water line, not the shoreline.

Gaming Commission Chairman Allen Godfrey said: “I’m pretty certain in my mind of where it is and it’s pretty evident where prior commissioners thought it was. I would say it’s where the water meets the sand. The city of Diamondhead should enjoy the same economic opportunities as other cities that have chosen to provide space for casinos.”

The other proposal comes from Jacobs Entertainment Diamondhead. It had a proposal rejected in 2014 for a development west of Yacht Club Road in Diamondhead.

A special public hearing on the two projects will be held on February 16.