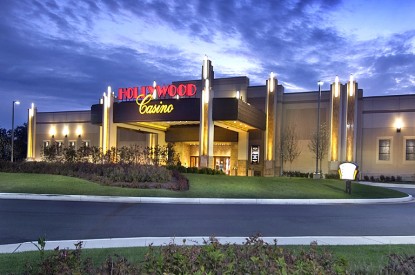 Penn National Gaming has rung in the changes with several leadership changes at its three Mississippi properties.

Mr. Lambert, a 33-year veteran of the gaming industry, has been with Penn National Gaming since June 2005when he joined the Company as Assistant General Manager of Hollywood Slots Hotel & Raceway in Bangorduring the property’s successful start-up phase. In August 2011, he became Vice President of Operations at Bullwhackers Casino and served in that role until the property’s sale in July 2013. Most recently, he served as acting General Manager of Hollywood Casino Perryville. Prior to joining Penn National Gaming, Mr. Lambert served as Senior Vice President of Operations at Casino Nova Scotia from May 1995 to June 2005 and in a variety of key operational leadership roles for both Sands and Bally’s Park Place in Atlantic City as well as at the Aruba Concord Casino in Aruba. He holds an A.A.S. in General Technology.

Mr. Harrison joined the Company in January 2001 as Director of Marketing at Boomtown Biloxi and was first promoted to Assistant General Manager in August 2006 before being named General Manager in January 2007. He was named General Manager of Hollywood Casino Bay St. Louis in May 2010 where he has served since. Prior to joining Penn National Gaming, he spent over six years at the Copa Casino in Gulfport, MS, including 5 years as Senior Marketing Manager. During that time, he was also responsible for similar responsibilities at the affiliated Sands Regency Hotel and Casino in Reno, NV. Mr. Harrison also served for a year as Director of Marketing at the Palace Casino Resort and Hotel in Biloxi, MS. He holds a B.S. in advertising from the University of Southern Mississippi.

Jay Snowden, Chief Operating Officer of Penn National Gaming, said: “Steve’s 33 years of experience at properties in regional gaming markets of varying size, from Black Hawk and Bangor to Perryville and Atlantic City, makes him the ideal candidate to lead our team in Tunica. We believe his demonstrated ability to deliver strong operational results in competitive markets will serve us well. We look for Steve to build on the success of the current operations team and deliver outstanding entertainment and service to our gaming and lodging patrons at the property. In addition, we expect Steve will further our local and regional relationships and standing in the community.

“Our new leadership structure on the Gulf Coast unites the nearby Boomtown Biloxi and Hollywood Casino Bay St. Louis properties under the leadership of Chett Harrison, who possesses significant local market experience including nine years of prior management experience at Boomtown Biloxi. We believe that Chett will successfully leverage the ongoing marketing efforts of both properties and enable Penn National Gaming to take advantage of a host of other opportunities in the local community. Chett’s prior experience with managing marketing activities across multiple properties and his deep experience with the Biloxi and Bay St. Louiscommunities will serve him well as he assumes this additional responsibility and spearheads the evolution of Penn National Gaming’s presence on the Gulf Coast.”

Mr. Snowden added: “On behalf of the entire Penn National Gaming team, I would like to extend our thanks and best wishes to Kees Eder as he retires after 13 years with the Company and over 40 years in the gaming and hospitality industries. Kees was an instrumental member of the Penn National Gaming management team as he helped establish Argosy Casino Sioux City as the leading entertainment option in that market and builtBoomtown Casino Biloxi into the Gulf destination it is today. We thank Kees for his years of service at Penn National Gaming and wish him the best as he enjoys his well-deserved retirement.”