US – Three years of growth for Indian Gaming 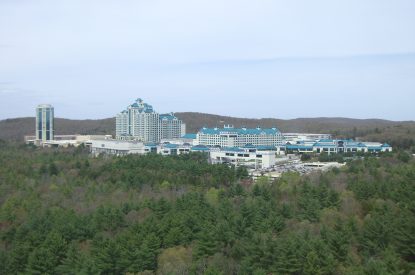 The National Indian Gaming Commission has released data showing revenues generated by the Indian gaming industry in 2012 totalled $27.9bn, the highest ever, marking the third consecutive year of growth of gross gaming revenues (GGR) since the recession began in 2008.

Tracie Stevens, Chairwoman of The National Indian Gaming Commission said: “In 2012, the Indian gaming industry saw its largest gross gaming revenues ever. For those who judge casino spending as an indicator of increased discretionary spending and economic recovery, 2012 revenues certainly display economic encouragement.”

“Regulation has played a key role in the growth of the Indian gaming industry,” said Associate Commissioner Dan Little. “Over the last three years our regulatory review has provided much needed reform to meet the needs of the changing industry and provide flexibility and consistency for tribes and tribal regulators.”

The associated table shows the revenue trends over the past 10 years. Since 2010, the Indian gaming industry experienced approximately three per cent annual growth, reaching its largest GGR this year.

Continuing the trend that began in 2011, all seven regions experienced growth in 2012. The largest increase in GGR of 5.1 per cent or $233m occurred within the St. Paul Region, which consists of 120 gaming operations across nine Great Plains states. The Tulsa Region, which consists of 64 gaming operations in Kansas and eastern Oklahoma, had the largest percentage increase from 2011; 6.6 per cent or $125m.

Over 420 gaming establishments, associated with nearly 240 tribes across 28 states.