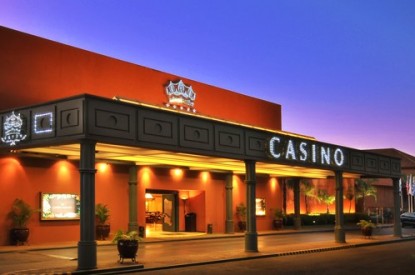 A group of National Deputies are seeking to put into law new rules which would ensure that slot machines are monitored and taxed far more efficiently and are seeking to end the rapid proliferation of gaming throughout Argentina.

Members of the Radical Civic Union Party, Ricardo Alfonsín and Miguel Bazze have introduced a new law which they say will help put an end to tax invasion when it comes to slot machines. Describing the governments failure to sufficiently tax the industry as an unfair “stimulus” to growth, new laws will, they say, end the current state of “disorder” currently affecting the industry.

The new law aims to ensure that “efficient collection mechanisms” based around “a reliable and safe control of operations” are put in place which will also prevent money laundering as well as tax evasion. The law will connect all slot machines in Argentina to a centrally controlled server which will allow the government to monitor and in real time all slot machine transactions when and as they are made. The body responsible to for enforcement of the measure will be the Argentine tax office La Administración de Ingresos Públicos (AFIP).

Talking to local press Mr. Alfonsín said: “It seems incredible that no existing technology is used to prevent possible cases of tax evasion or avoidance,” and added that ” one of the fastest growing economic activities has been gambling since 2003. In the province of Buenos Aires growth stands at 306 per cent while in the City of Buenos Aires the industry has grown by 219 per cent.”

The news laws, which also has the support of fellow deputies Margarita Stolbizer, Mario Negri, Manuel Garrido and Ricardo Buryaile ,are also designed to meet the requirements set out by the Financial Action Task Force (FATF) – an inter-governmental body aimed at develop policies to combat money laundering and terrorism financing.

Alfonsín has long been lobbying for change to Argentina’s gaming laws. In 2013 he publicly criticised Christina Kirchner in a statement for the rapid spread of bingo halls and casinos during her term of office. Then in April this year he demanded that the government put an end to the ‘indiscriminate’ granting of casino and gaming licences.