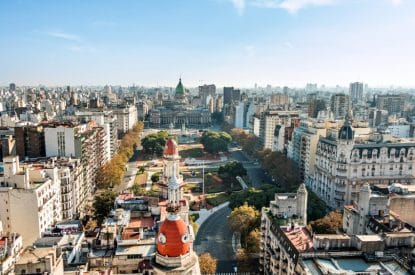 Sun Dreams has signed a binding agreement for the direct and indirect acquisition of all the shares of the Argentine company Nuevo Plaza Hotel Mendoza SA, which owns and operates the hotel and casino Park Hyatt Mendoza and its casino. The establishment has approximately 186 rooms, 648 gaming machines and 19 gaming tables. The casino operates under licence granted to it by the Province of Mendoza, which is valid until the 2033 and can be renewed until the year 2038.

The total price of the operation amounts to US$24.8m, which may increase to a maximum of US$27.8m depending on the operating results for 2018. The operation is expected to be fully materialised in July 2018. The acquisition is part of the international expansion plans of Sun Dreams S.A. and it is expected to have a positive impact on the results of the company. This is due to the incorporation of assets that generated revenues of approximately US$29.1 million in 2017, and to the extension of the average duration of gaming licenses, according to a Material Information statement sent to Chile’s committee on Financial Markets (CMF).

“The objective of the company is to position itself in a scenario that has broad concessions and adequate regulation at the provincial level and transparency in the industry, which allows us to project ourselves in the long term with very good prospects,” said SunDreams CEO Jaime Wilhelm. “Sun Dreams is proud to have this luxury format, the highest level of the Hyatt chain worldwide,” he added.

Dreams and Sun International finalised the merger between both companies creating Latin America’s largest gaming operator in September 2015. The company already has establishments in Chile, Peru, Colombia and Panama, as well as four establishments, which were opened in April in the Peruvian cities of Lima, Tacna and Cuzco. This is its first venture into the Argentine market.