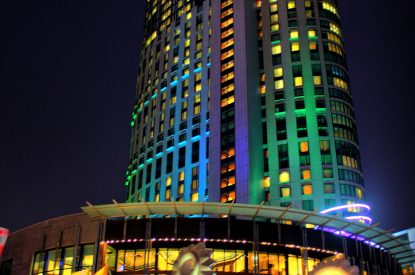 James Packer’s Crown Resorts has secured a 17-year extension to its Melbourne casino licence from the Victorian government amid a raft of approvals that will bring more gaming tables and pokies to Crown’s gaming floor.

Crown Resorts confirmed it had reached agreement with the Victorian Government on a number of reforms to the Melbourne Casino Licence which will improve the competitiveness of the Crown Melbourne integrated resort as a tourism destination compared to other integrated resorts in Australia and Asia.
Its Melbourne casino licence will be extended from 2033 to 2050.

The reforms will help boost Victorian tourism and create new jobs as they will allow Crown Melbourne to compete more effectively in interstate and international markets. Victorian taxpayers will also benefit from a substantial upfront licence payment to be made by Crown.

The agreement includes a ‘super tax’ on international and interstate VIP program play will be removed from FY15.

Crown will be allowed to increase its table games by 40, the maximum number of table games permitted to operate taking it from 400 to 440 tables with an additional 100 poker tables.

Crown will make a series of payments to the State including a payment of $250m once the amendments to the relevant legislation, casino management agreement and casino licence become effective. A payment of $100m will be paid in FY23 if the normalised gaming revenue at Crown Melbourne grows by more than four per cent per annum from FY14 to FY22.

An additional payment of $100m will be made in FY23 if the normalised gaming revenue at Crown Melbourne grows by more than 4.7 per cent per annum (compound) over the period from FY14 to FY22. There will also be a further payment of $250m in 2033. Crown has guaranteed to pay the State a minimum of $35m per annum in gaming taxes in relation to the new gaming product over the six-year period commencing from FY16.

Crown and the Victorian Government have confirmed that, unless Crown consents, casino taxes will not be increased and the Melbourne Casino Licence will not be amended.

Chairman of Crown Resorts, James Packer, said: “Crown is one of Australia’s most successful tourism companies. In the ten years to 2016 we will have invested $1.7bn to upgrade the Crown Melbourne integrated resort to make sure we remain competitive with the best integrated resorts in the world.”
“Despite this investment, Crown has for a long time been at a major competitive disadvantage on the issue of taxation,” he added. “Now, with the support of the Victorian Government, we will have a licence that enables us to compete on a level playing field to help drive tourism, jobs and economic benefit for the State.”

“Crown Melbourne provides employment for over 8,800 people and is a vital piece of tourism infrastructure for Victoria. I am very proud that in 2013 we were awarded Victorian and Australian Employer of the Year and I am extremely pleased that the major economic and tourism contribution Crown makes to the State has been recognised by the Victorian Government. We will continue to work closely with the Victorian Government for the betterment of the State.”

Treasurer Michael O’Brien said the agreement will support ongoing investment and jobs for Victoria in an increasingly competitive environment.

“This agreement provides significant financial benefits to the State, as well as improved competitiveness and investment certainty for Crown and the 8,800 people who work there,” Mr O’Brien said.

“This is a win-win outcome. It is good for jobs, good for tourism and good for investment.” Crown’s Licence and the Casino Management Agreement will be amended in return for additional payments to the State of up to $910m. This agreement provides for a modest increase in product at Crown Melbourne but no increase in the number of electronic gaming machines permitted in Victoria.”

The super tax on commission-based play for international and interstate VIP players will be removed to ensure Crown remains competitive with other casinos in Australia and internationally.