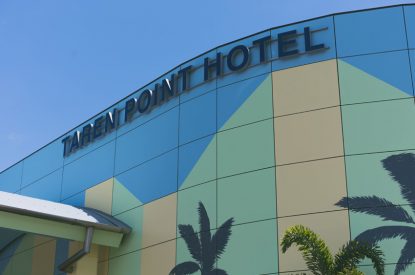 Taren Point Hotel licensee James Hughes in New South Wales has been ordered to pay over $23,500, and the hotel’s approval to keep gaming machines has been suspended for seven days, after a patron playing the pokies was unlawfully provided free alcohol over a six-hour period.

Under NSW gaming laws, it is illegal to offer or supply free or discounted alcohol as an inducement to play gaming machines in a hotel.

The incident happened between 10.30am and 8pm on 13 February 2019, when hotel staff gave the 49-year-old man 10 complimentary schooners of full-strength beer while he was playing the pokies. The Miranda man lost around $3000.

He complained to Liquor & Gaming NSW and, in December 2019, they submitted the complaint to the Independent Liquor and Gaming Authority specifying grounds for compliance action.

The Authority’s Chair Philip Crawford said the fine imposed on Mr Hughes reflects the seriousness of incentivised gambling on the community.

“Taren Point Hotel licensee James Hughes has contravened the Gaming Machines Regulation 2010 by engaging in conduct that encouraged, or was likely to encourage, the misuse and abuse of gambling activities,” Mr Crawford said. “In addition to paying $23,692 in costs and fines, Taren Point Hotel is banned from operating their gaming machines for a week from 17 May 2021, a penalty that will see the venue forego a significant amount of profit. The gaming room staff had a well understood discretion to supply free liquor to gaming machine players, but with no adequate controls or checks with respect to the limits on the “reasonable” number of drinks to be served.

“This led to the Miranda man being supplied with 10 drinks over the course of his gaming session in circumstances where the man was displaying multiple signs of problem gambling.,” Mr. Crawford added. “This should serve as a reminder to gaming machines venues in NSW to operate at the highest legal and ethical standards and be mindful of their responsibilities with respect to identifying and addressing signs of problem gambling.”

Mr Hughes has a right to appeal the decision.