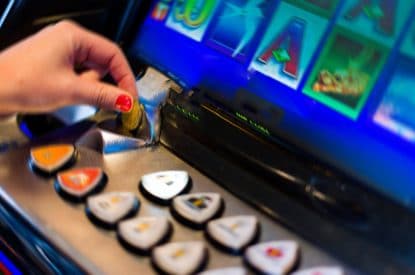 A recent study into gambling in Tasmanian has shown that despite a promised Labor crackdown on pokies announced in December, Tasmanians are gambling less frequently and when they do, they are increasingly betting on their phones.

The three-yearly Social and Economic Impact Study (SEIS) showed poker machine use was steady since the last survey in 2013.
The report showed that gambling on electronic gaming machines (EGMs) has ‘recently trended steadily downwards’ since 2008to 2009, from $262m to $191m in 2015 to 16.

The average annual spend in 2017 among gamblers in Tasmania was $950 (as compared to $1,054 in 2011 and $927 in 2013)
Peter Gutwein, Tasmanian Treasurer and Liberal Minister for Planning and Local Government said the findings ‘put into context the claims of those who want to take away the free choice of Tasmanians to gamble if they choose to do so.’

“Real expenditure on EGMs in Tasmania has continued to trend steadily downwards, with a decline of 27 per cent over the past decade,” Mr Gutwein said. “In contrast, participation in online gambling has increased by more than 54 per cent. In 2013, the number of adults participating in online gambling was estimated to be seven per cent, but this has now increased to 10.8 per cent.”

“I fully expect the report to be selectively quoted and cherry-picked by opponents of EGMs for political purposes”.
Labor has promised to remove 2,300 poker machines from Tasmanian pubs and clubs by 2023 but let them remain in casinos.
Labor leader Rebecca White said: “We have a once-in-a-generation chance to make the right decision and the right decision is to remove poker machines from our suburbs and towns and keep them in casinos. We will give notice to Federal Hotels that the current deed allowing poker machines in venues other than casinos will not be extended beyond 2023.”

“The gaming deed with Federal Hotels clearly states that the earliest date notice can be given to vary arrangements is July 2018.

“Research shows more than 80 per cent of Tasmanians want poker machines out of pubs and clubs. I have listened, Labor has listened and we are ready to do the right thing It’s quite clear to us, and we have every confidence, this would actually create jobs.

The Gaming Technologies Association (GTA) described the Tasmanian Labor Party’s attack on poker machines in hotels and clubs an act of economic vandalism that will cost jobs and strip millions from the Government’s capacity to fund essential services for the community.

“This policy is a disaster for the 3,000 Tasmanians who rely on jobs in the hospitality sector,” GTA Chief Executive Ross Ferrar said. “The facts speak for themselves. Expenditure on poker machines in Tasmania has declined significantly in both real and per-capita terms since 2003 but still contributes $31m to Tasmanian Government revenue.

“Labor’s policy creates a $31 million black hole in the Tasmanian budget, that can only mean cuts to essential services.
“Electronic Gaming Machines in pubs and hotels are a legitimate and legal activity. The overwhelming majority of Tasmanian poker machine users are responsible gamblers,” he added. “Removing poker machines from all hotels and clubs rides roughshod over their legitimate choices and those who enjoy poker machines responsibly. Tasmania has one of the strictest regulatory environments for poker machines in the world. Regulators impose comprehensive conditions at every stage and on every aspect of poker machine design and operation,” Mr Ferrar said.