Australia – Two of The Star’s employees banned from NSW casinos 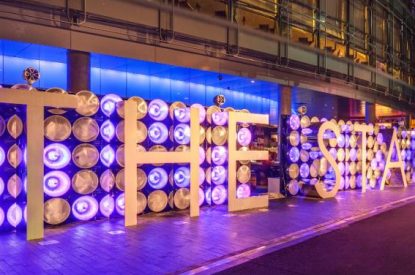 Two of The Star’s employees tasked with overseeing gaming have been banned from NSW casinos for five years after being sacked for serious misconduct.

A female gaming attendant who admitted to having gambling issues placed 28 bets on a gambling app while on shift, and an off-duty male games dealer was caught disposing of illicit drugs in a public area of The Star.

The female gaming attendant, who had worked at The Star for 11 years, admitted to frequently placing bets on her phone during work hours in January and February this year.

The male games dealer was off duty and standing on the City View Balcony with another person, when CCTV caught him throwing a bag of white powder over the railing behind him. Security searched the area and found the bag behind some plants in a public area within the casino’s boundaries. When interviewed by The Star, the games dealer would not disclose where the substance came from, only that he found it in his pocket and wanted to dispose of it. He faced court in April this year, charged with possessing a prohibited drug.

The Independent Liquor & Gaming Authority made the decision to ban the ‘casino special employees’ from working at or even entering a casino premises after The Star alerted Liquor & Gaming NSW to having fired them for offences in breach of their responsibilities as gaming licensees.

Liquor & Gaming investigated and then made a complaint to the Authority. Liquor & Gaming is currently working with the NSW Police Casino and Racing Unit in relation to the matters.

Authority Chair Philip Crawford said The Star self-reported the misconduct in line with their obligations and was right to sack its employees as they held special positions of responsibility in the industry.

“A casino special employee is a licensee engaged to supervise and facilitate gaming activities,” Mr Crawford said. “These people help safeguard the integrity of casino operations from criminal influence, serious misconduct or exploitation and a special degree of trust is placed in them.”