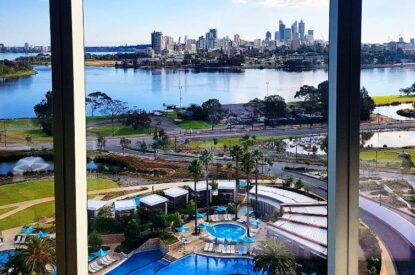 Asian high-rollers have stayed away from the baccarat tables at Crown Perth where a ‘subdued’ performance saw revenues fall by 10 per cent in the 12 months to June 30 to $564m.

Baccarat revenues fell by 24 per cent to $163 m at the Perth casino, which was recently redesigned to the tune of $650m in an attempt to attract the so-called Asian whales.

Crown Perth’s local gaming revenue declined by 2.1 per cent, reflecting the subdued local economic conditions. Investment in gaming technology has provided a suite of new products to enhance the customer experience. These enhancements have provided growth in casual gaming segments, in particular electronic table games and mainstream gaming machines.
Normalised VIP program play revenue at Crown Perth was $103m, down 5.8 per cent with turnover of $7.6bn.

In sharp contrast to this, normalised VIP program play revenue at the company’s Crown Melbourne was $591.8m, up 73.9 per cent with turnover of $43.8bn.

The slump in Perth left a large dent though in Crown’s full year results.

Barry Felstead, CEO of Australian Resorts, said: “Crown’s Australian resorts’ full year result reflected a solid performance from our local Melbourne operation, continued subdued trading in Perth and strong growth in VIP program play. Main floor gaming revenue increased 1.5 per cent with modest growth in Melbourne offset by softness in Perth. VIP program play turnover in Australia of $51.5bn(growth of 54.5 per cent) was a pleasing outcome given the difficult trading conditions in the prior corresponding period (pcp). Normalised EBITDA increased 7.2 per cent for Crown’s Australian resorts, primarily due to strong growth in VIP program play. Margin performance declined slightly on the prior year largely due to a change in the mix of business, with strong growth coming from lower margin VIP program play, combined with an increase in fixed costs such as energy, particularly at Crown Melbourne.”

Crown Melbourne continued to invest in new technology, including the introduction of some of the latest gaming products, system upgrades and innovations. Crown Melbourne now has one of the largest installations of the popular Lightning Link and Dragon Link gaming machine products in the world.